Tiraspol, the capital city of Transnistria (a country that doesn’t exist) is a real bucket list destination for the curious, the nostalgic and the dark tourists of the world. So what is there is see in Tiraspol? What are the best things to do in Tiraspol? Well, here we will show you the best tourist sights in Tiraspol.

Transnistria is a breakaway state that has split from Moldova (a small country in Eastern Europe). It is sometimes referred to as the last remaining slice of the Soviet USSR; you’ll see why! The UN does not acknowledge Transnistria as a country and so you could say that it doesn’t really exist. If you only have one night, or if you are just passing through, you will want to make the most of your time. Read on to find out what we believe are the best tourist sights in Tiraspol.

Where Are the Best Tourist Sights in Tiraspol?

You will find most of the main sights along October 25th Avenue. This is Tiraspol’s main thoroughfare. It is a wide, imposing boulevard with very little traffic passing along it. This is the area known as the open air museum, and for good reason. The avenue is lined with soviet architecture and statuary.

What is There to See in Tiraspol?

If you are in Transnistria during the summer, then head down to the water for a quick breath of fresh air. You can stroll across the bridge, or head all the way to the other side where there is a small river beach. Head here for a picnic or a swim before hitting the streets for some sightseeing.

Standing on a large roundabout, this huge yellow & white building is the home of the arts in Tirapol. One of the soviet hangovers that Eastern Europe and Russia still enjoys is the idea of the arts being for everyone. You can see world class theatre, opera and dance for rock bottom prices all over the former soviet union. I wish we had been lucky enough to catch something here, but it was a dark day at the theatre on the evening of our visit.

This is the seat of power in Transnistria. It serves as the city hall and the President’s offices. The building is topped by the red star of the soviets. The star symbolised the role of the red army and military might in the USSR. Below it you can see the flags of the city and the country.  I am sure you’ve noticed the handsome chap looking out over our heads, that is Lenin. 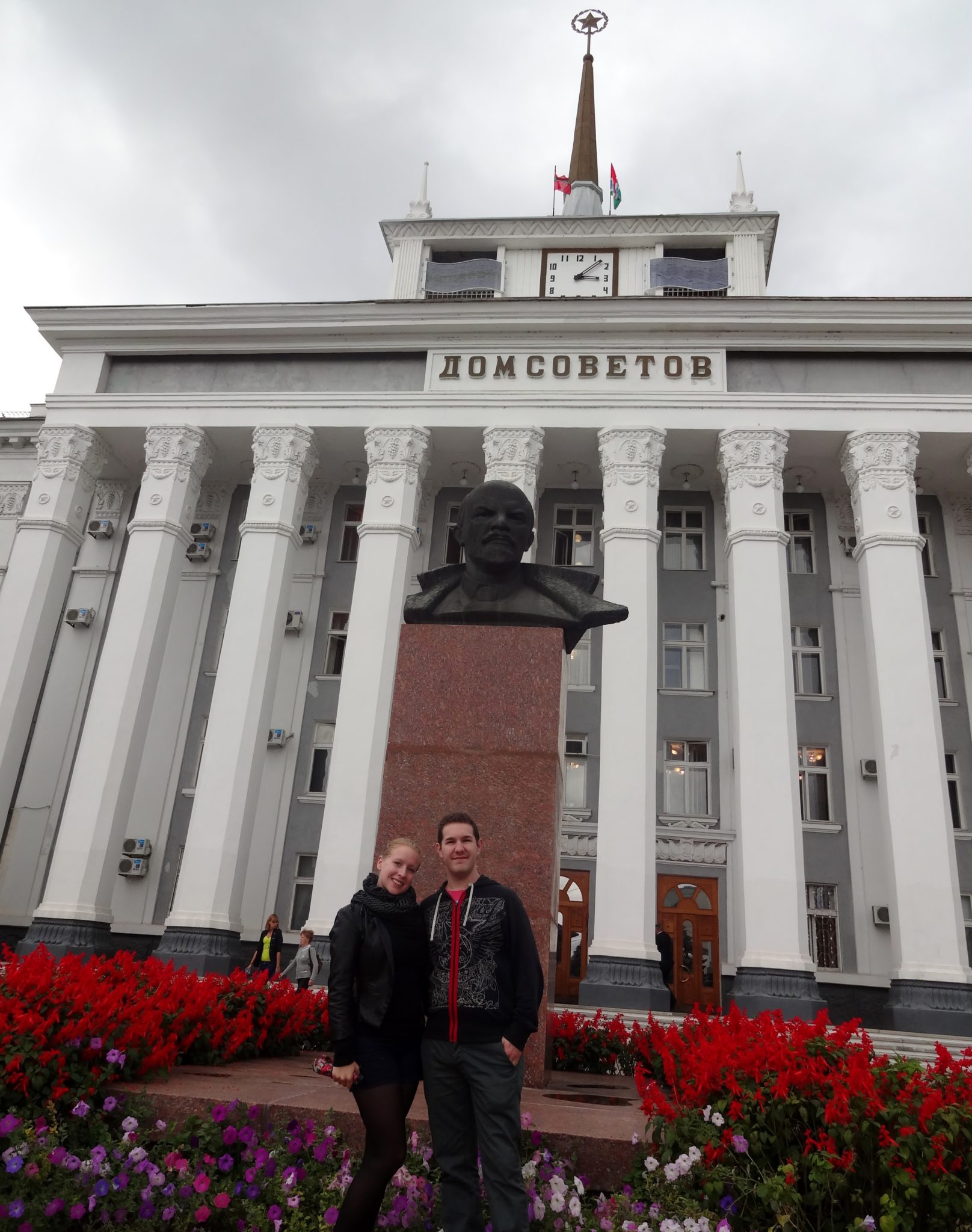 The House of Soviets

A behemoth of a soviet building, this huge brown and white edifice houses the Transnistrian parliament. They aren’t too keen on snapping photos here either so we chanced a couple from afar. Outside is another Lenin statue, this one full length and very imposing. His stare is defiant and his coat flies out behind him in the wind.

This is one of the lovely parks dotted around the city. Yes, yes, I know, another statue, but this time it is of a local hero.

Inside the park you will find places to lounge on the grass, a cafe and even a cute little fairground for the kids. 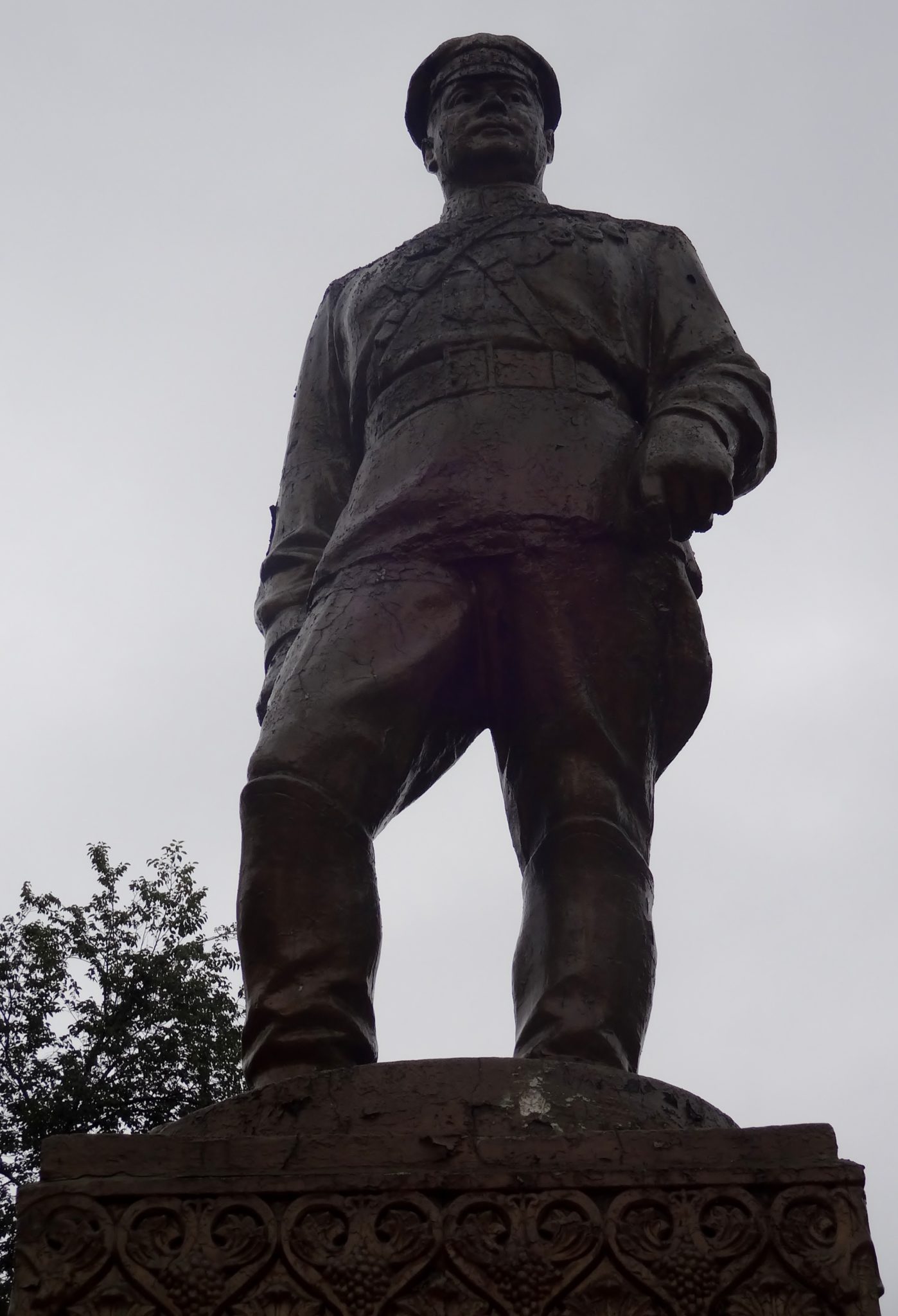 The Church of the Nativity

This church, finished in 1999, makes a nice contrast from the older architecture around. The inside of the church is ornate and beautiful. If you have seen a fair few Russian Orthodox churches in your travels through Ukraine or Moldova, then it will all seem very familiar, but we enjoyed stopping off in here to break up all that plain concrete.

Alexander Surorov was a Russian general who reputedly never lost a battle. He drove the Turks from this land, claiming it from the Ottoman empire, and to commemorate this a statue was installed here in 1979. Surorov has been called the founder of Tiraspol, but this is debatable. What is clear, is that it is another nod to its former ties to Russia.

Check out Are You a Dark Tourist? The Best Dark Tourism Places Around the World 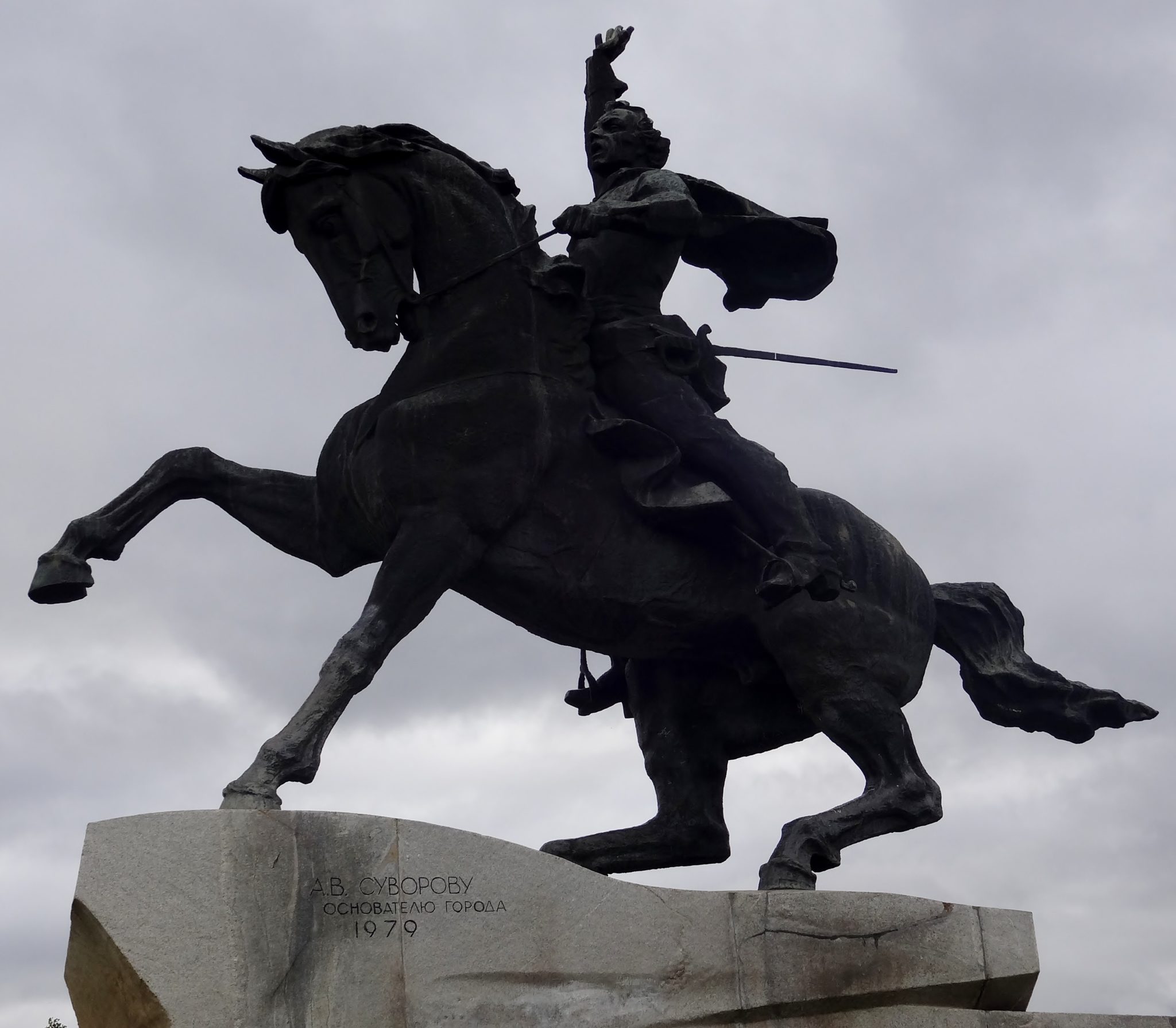 The tomb of the unknown soldier (yes, there is one here too) is just in front of the large memorial. In its centre is an eternal flame. The inscription on it translates as: “Your name is not known, your deed is immortal. Unknown soldier.” This flame is lit for those who died when the city was lost in 1941, and reclaimed three years later.

Behind this is a large wall, which predictably, we failed to get a proper picture of. I was focused on the details of the statues on it instead, which were beautifully carved. This monument commemorates three different wars. World War II (1939-45), the Afghanistan War (1978 – present) and the Transnistrian War (1990-92). Along with the gorgeous stone figures, you will see the names of the fallen.

The last things to see are the old soviet tank and the small Orthodox chapel. The tank is a T-34 and celebrates the Soviet victory at the end of the WWII. The chapel makes an interesting backdrop to the tank, and means that you can go and pray for lost loved ones and ancestors.

Interestingly, this is a hot spot for newlyweds who come and pay their respects to their families too.

There are only a few people that know just how prevalent wine production in Moldova is. The wines here are delicious and if we hadn’t been backpacking, we would have loaded up on quite a bit. In Transnistria they use their grapes to make something a bit special. Kvint is a cognac/brandy that has been made here for over 100 years. It is top quality and a complete bargain. We bought a small bottle for about £1.50, a tenth of the price it would have been in the UK.

There is a distillery around the corner from the shop. Why not pop round and see if you can arrange a tour? You will get a tour and tasting with food.

This may not entirely count as one of the best tourist sights in Tiraspol, but if you have time, we encourage you to explore off the main road. This way you will get to see the real life of Transnistria. You will be left with more of a genuine impression than the public face of Tiraspol with it’s grand boulevard and imposing monuments. 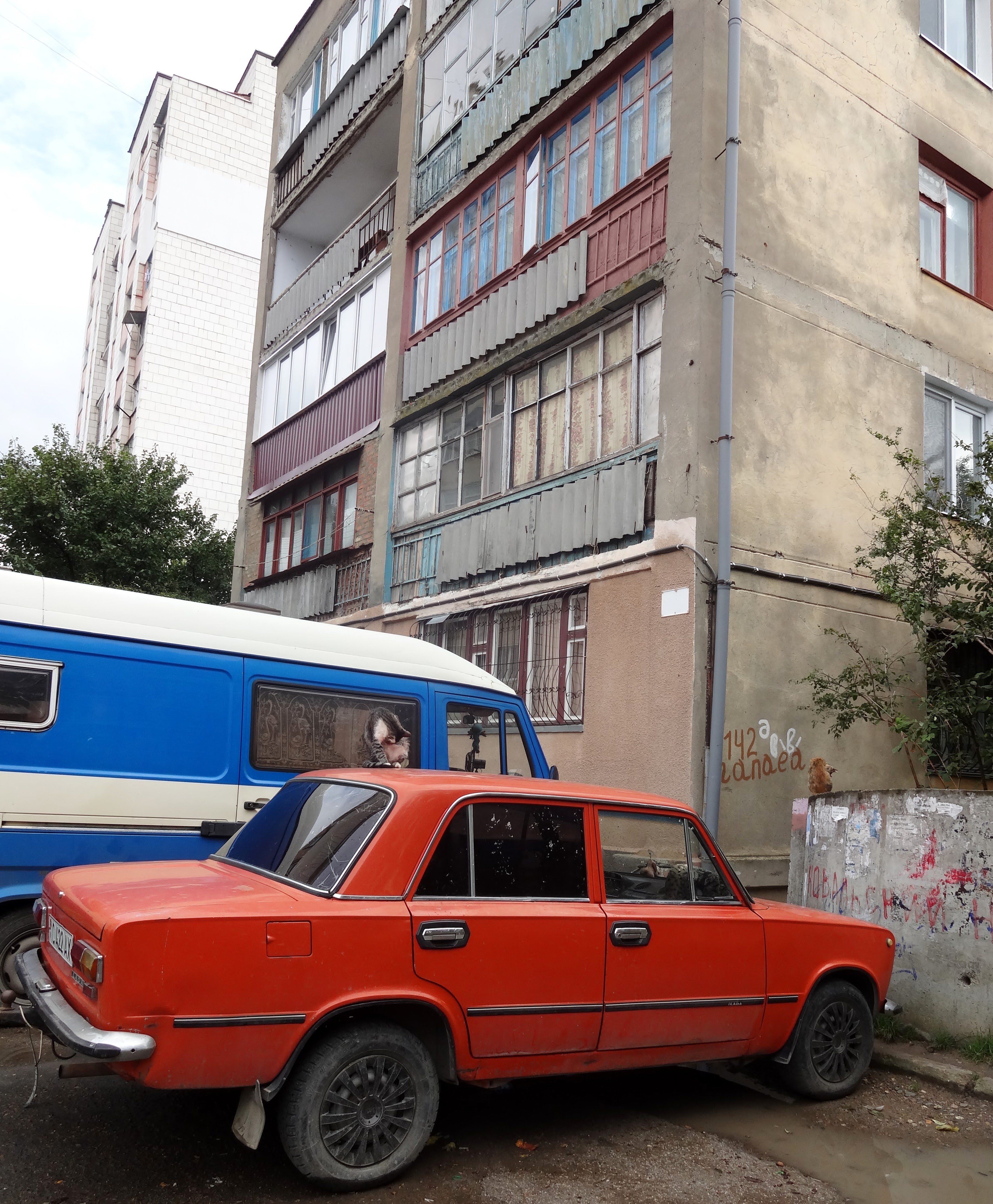 Tiraspol, Transnistria is definitely a strange place. It stands apart with an acute sense of its own history and personality. We really enjoyed visiting and hope you do too!

If you are thinking of visiting, here are a few top tips: