New Orleans is a culinary wonder. Influences have poured in from France, the Caribbean, the British and more recently, the Vietnamese. It has led to a city that is rightly known for its unique flavours. Creole meets Cajun, meets American, meets European. It’s quite the melting pot. So what better way to get under the skin of New Orleans, than with a French Quarter Food Tour with Sidewalk Food Tours!? Especially if you only have 24 hours in New Orleans! Join us as we discover these 8 foods you must try in New Orleans.

We were hosted by Sidewalk Food Tours but all opinions are our own.

The group met just outside Felix’s Restaurant and Oyster Bar. There were only four of us which meant more food for everyone (win). Our guide, a lovely guy called Lee, introduced himself and ushered us inside for our first tasty morsel.

In New Orleans (as well as served raw), oysters are drenched in garlic butter and herbs and chargrilled. The butter bubbles up, splashes over the edge of the shell and brings the flame up even higher.

Until this experience, I had only ever eaten oysters raw. I guess I thought I was a purist and such an expensive ingredient should be enjoyed as is…

…I may have been mistaken.

As with most oyster dishes, these are not the prettiest molluscs in the playground, but they were incredibly indulgent and utterly addictive. I usually eschew the bread in seafood restaurants (choosing to focus on the fishy protein) but I had to soak up every last drop of garlicky, gooey goodness. It was just a shame I had to share with everyone else.

Leah’s still makes traditional praline as they have done for over 70 years. This has been a favourite sweet in New Orleans since the French first made an appearance here! When I thought about a praline, I pictured small, chocolate covered treats, but these were like huge drinks coasters.

Nibbling at it, it reminded me of vanilla fudge stuffed with nuts. It turns out, this was the version with cream added, but a true praline can be just nuts and sugar. The thing that makes New Orleans pralines different is their use of Louisiana pecan nuts instead of the more traditional almonds, and that addition of cream.

The sugar rush was almost instant and my eyes bulged slightly when it hit my bloodstream.

We popped one in our bag for later but it was almost instantly smashed into a million pieces…we still ate it and we were bouncing off the walls!

Probably the most famous of New Orleans’ food exports is the po’boy. I was desperate to try one and couldn’t wait to add this to the list of foods you must try in New Orleans.

We arrived outside NOLA Po’Boys, which we had very nearly gone to for dinner the night before. (Thank goodness we ended up in Clover Grill instead or we’d have spoiled it). Lee ordered us all a beef po’boy to try. Originally, the tour served a different version but one day, they were all out so they tried the beef instead. It went down such a treat with the tourists that they stick to beef now.

The beef was tender and thinly sliced, but the gravy soaking through to the crispy baguette took this sandwich to another level. THIS was what the Philly cheesesteak was missing!

The gravy is probably the most authentic bit of a po’boy. The story goes: The Martin brothers started providing these free and filling sandwiches to the struggling population during a streetcar strike in the late 1920s. They used the dripping and occasional scraps of meat from the beef main courses of their rich clients meals. These rich folks saw the “poor boys” coming in and out of the kitchen and the sandwiches they clutched inherited the name. Over time this was shortened to Po’Boy.

There are many Italian deli sandwiches out there. Meat, cheese and bread all stacked in easy to eat configurations. However, Central Grocery & Deli in New Orleans has created one that has made it famous. So famous that a long queue snakes through the shop and out of the door nearly all day; The Muffuletta.

This wagon wheel of a sesame bun has the meat (salami and ham), it has the cheese (mortadella, Swiss and provolone) but it also has an amazing “salad” made of olives, herbs, capers and veggies. It gives the whole sandwich a surprising kick of flavour that is both salty and fresh. Definitely one the foods you must try in New Orleans.

Once again, I was sad to have to share. Admittedly, I was just being greedy and probably couldn’t have eaten the whole thing, but still…..hands off my muffuletta (that sounds rude).

Love the USA? Read more about our travels around the United States of America.

“Chuck another shrimp on the barbie”

I had a definite picture of what we were getting for our next stop. Some grilled prawns, maybe with their heads and tails in place and a squeeze of lemon…something.

However, instead, a large dish of red sauce arrived. I look perplexedly at Lee as he explained that this was, in fact, the fabled BBQ shrimp.

A New Orleans resident, back in the 1950s, tried a yummy prawn dish in Chicago. He enjoyed it so much that he tried to convince a chef back home to recreate it. This BBQ shrimp dish was the result.

Big gulf prawns are sauteed in a pan with loads of seasoning, cream, Cajun spices and other delicious things. The sauce was called barbeque sauce, because the one we know and love today, didn’t really exist.

We had great fun digging out the prawns and scooping up the tangy sauce with the french bread on the side. I enjoyed this but wouldn’t want a whole one to myself.

Having seen bread pudding on many a menu around the French Quarter, I must admit, I was confused. Bread and butter pudding was a school lunch dessert that I dreaded in the dinner time queue. In New Orleans, however, it seems to be de rigueur.

The bowl arrived steaming hot and looking less like school dinners than I feared. I tried some and it was actually really good. Cinnamon, sugar, vanilla, milk and eggs are added to french bread (rather than buttered white bread slices as in the UK). Every restaurant does this differently and they add their own concoctions of nuts, fruits and flavours. These are baked in the oven until the whole thing is gooey and unctuous. It is quite a heavy end to a meal but perfect for a chilly evening. I may be a bread pudding convert. Let’s continue with the foods you must try in New Orleans.

The Sidewalk Food Tours website did mention beignets but they no longer have this as a tour stop. They couldn’t arrange a relationship with anywhere that does good beignets and so it was up to us to try them at another time.

You can try them at any of the Cafe Beignet locations. There is one on Bourbon Street with live music outside, which is really nice in the evening. It’s worth noting that the beignets here are a little chewier/crispier than in most places; this gives them a satisfying texture but means the sugar goes everywhere!

The most famous spot for a beignet in New Orleans is Cafe Du Monde, at one end of Jackson Square, by the Mississippi. They produce the perfect beignet in a nice setting and in the same way they have been for over 150 years. However, there is often a queue here so leave some time to wait. Alternatively, as they are open 7 days a week, 24 hours a day, turning up at 3am could help you skip the line.

This is another dish we hunted out for ourselves. It wasn’t crawfish time during our visit (the season runs from early-March to mid-June) but it would be a travesty to visit the home of crawfish and not over-indulge. If you are in town during peak season, you will find steaming pots of bright red crustaceans in plenty of places, but outside of these dates, you’ll have to look a little harder.

Boil Seafood House sells crawfish all year and you can have it the old fashioned way, or smothered in delicious sauces (Caribbean, Cajun or garlic butter). I am a seafood fiend and cracking, sucking and devouring a trough of crawfish and blue crabs was a pure delight. It is a little further from the French Quarter, down in the Garden District, but it worth the journey.

If you are thinking of joining Sidewalk Food Tours, or attempting all of these 8 foods you must try in New Orleans, here is some information you might like to know: 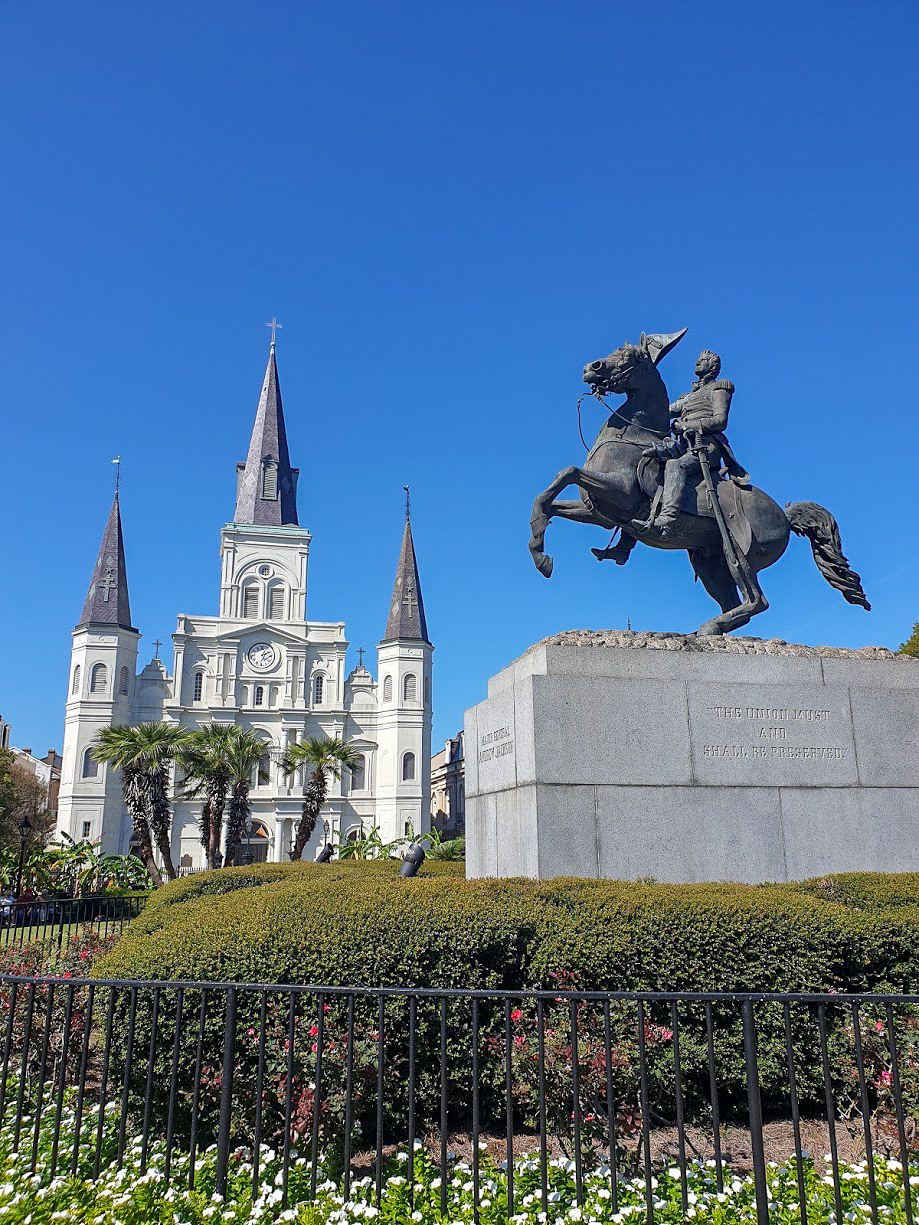 So What Do You Think of These 8 Foods You Must Try in New Orleans?

As this blog, and my waistline can confirm, I love a food tour. It is an ideal way to see both the history, culture of a location, but also allows you to skip the odd queue and eat some seriously tasty food.

The French Quarter Food Tour with Sidewalk Food Tours was not just packed with some traditional and tasty treats, but Lee’s love of history really bought New Orleans’ past to life. It was the perfect mix of knowledge, NOLA fare and city exploration. Plus, what better way is there to experience the 8 foods you must try in New Orleans in such a short time frame, perfect for a short break!