Another island hop in the Philippines (read our other island hopping flight with AirSWIFT here) meant another small flight for Flying Fluskey. Between Busuanga (Coron) to Caticlan (for Boracay) we opted to take the bijou airline Air Juan. These guys have little land planes and also operate sea planes on some of their routes (sadly, not on ours). 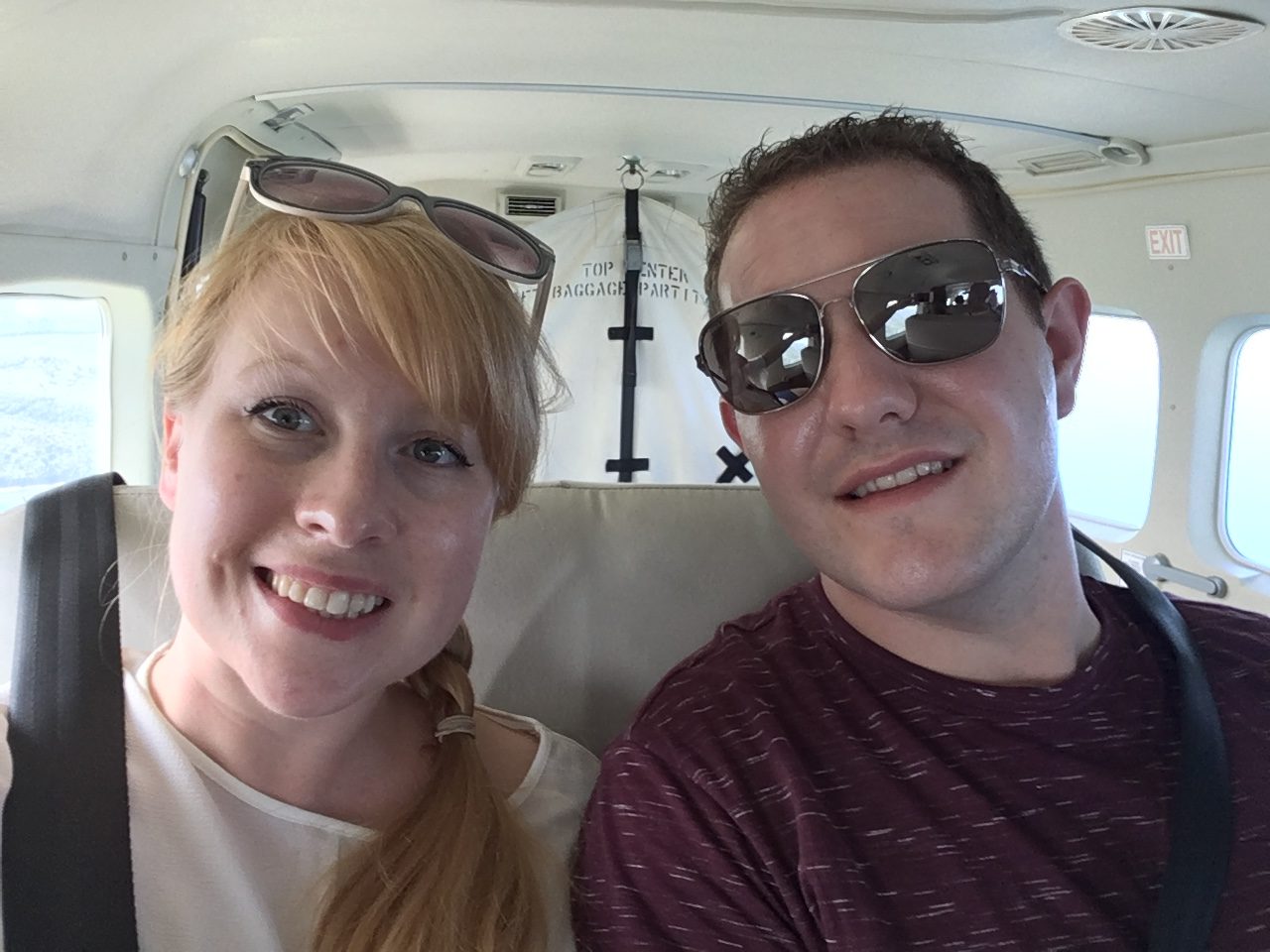 Busuanga Airport is tiny. By that I don’t mean it’s the smallest airport we have ever been through, but that it is WAY too small for the number is passengers using it.

When we entered the check in area, we spotted three tightly squeezed check sections. In the other corner was a small Air Juan desk, with nobody manning it. 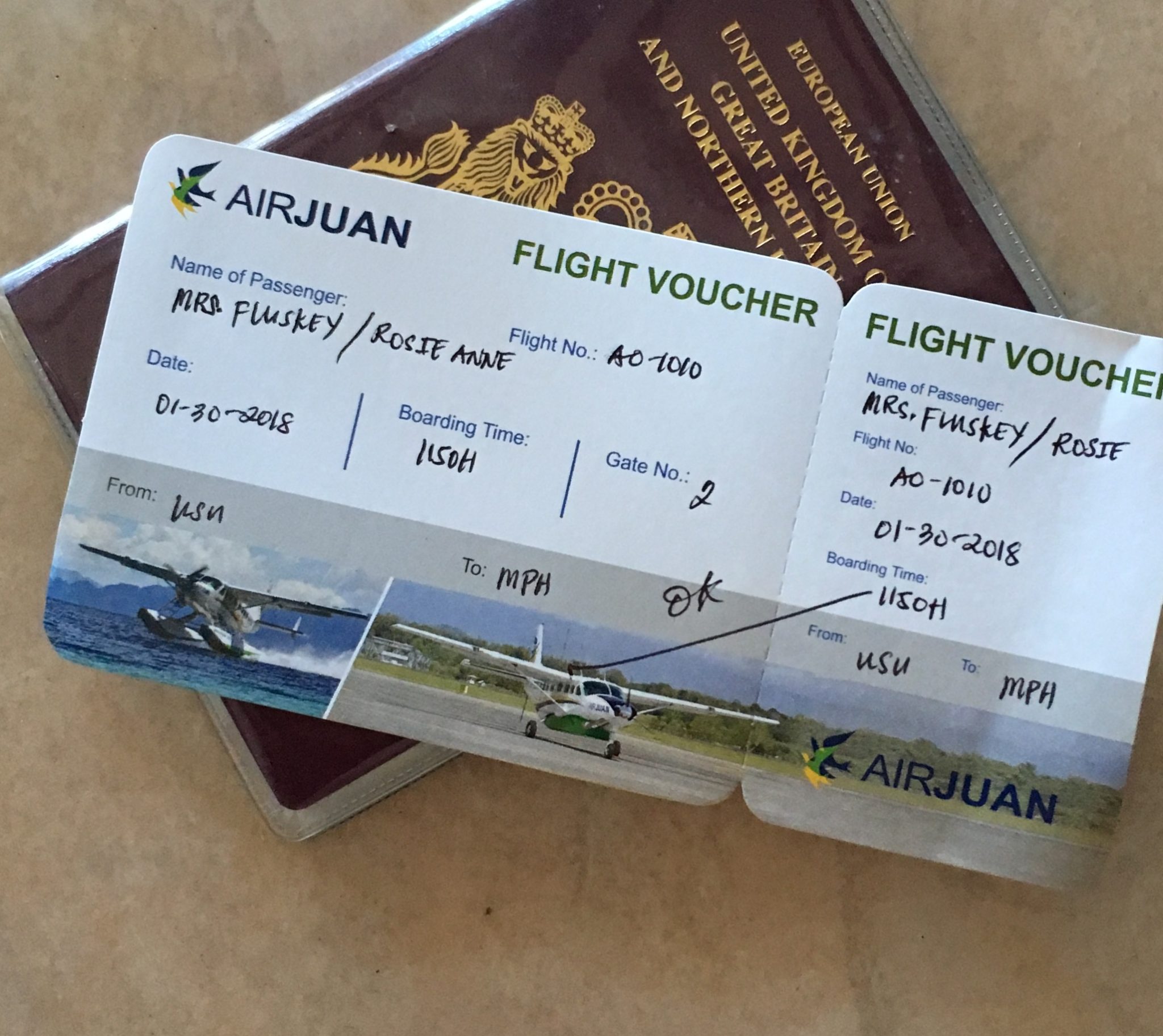 At 10:50, a member of ground staff appeared and checked in the passengers who had gathered around it. Luckily, it was a pretty small number of us. 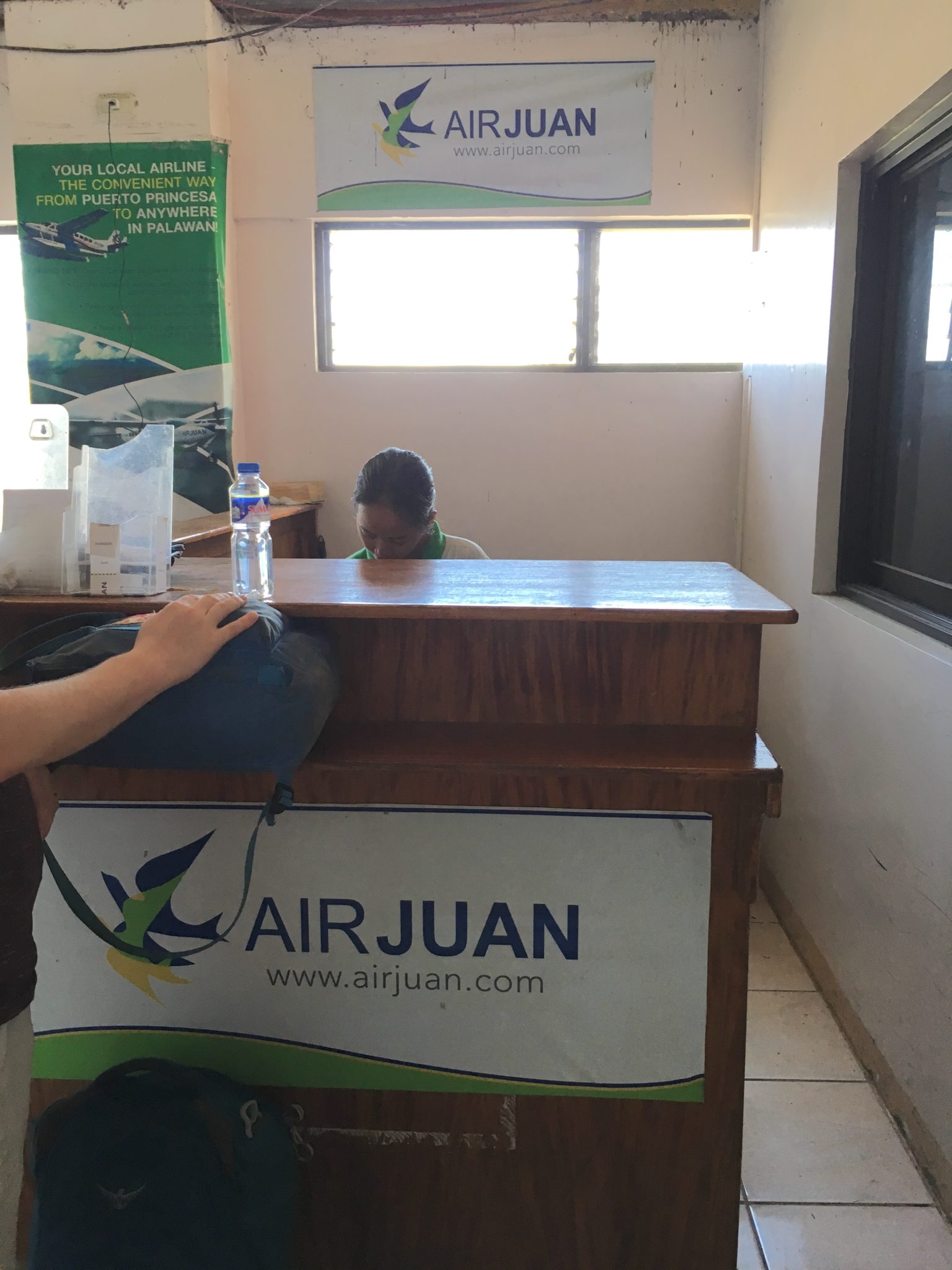 We made our way throught the security just behind us, where everything was broken, and stepped into a room packed full of people. Instead of normal airport seating, there were white plastic chairs that could be moved around.

Announcements for other airlines were made over loudspeaker but ours was just announced by the same member of ground staff. I didn’t really hear it, but noticed the couple who had checked in, in front of us jumping up. We followed, squeezing our way through the plastic chairs.

The plane has no assigned seating, so if you want to sit next to a loved one, you need to reach the plane quickly. 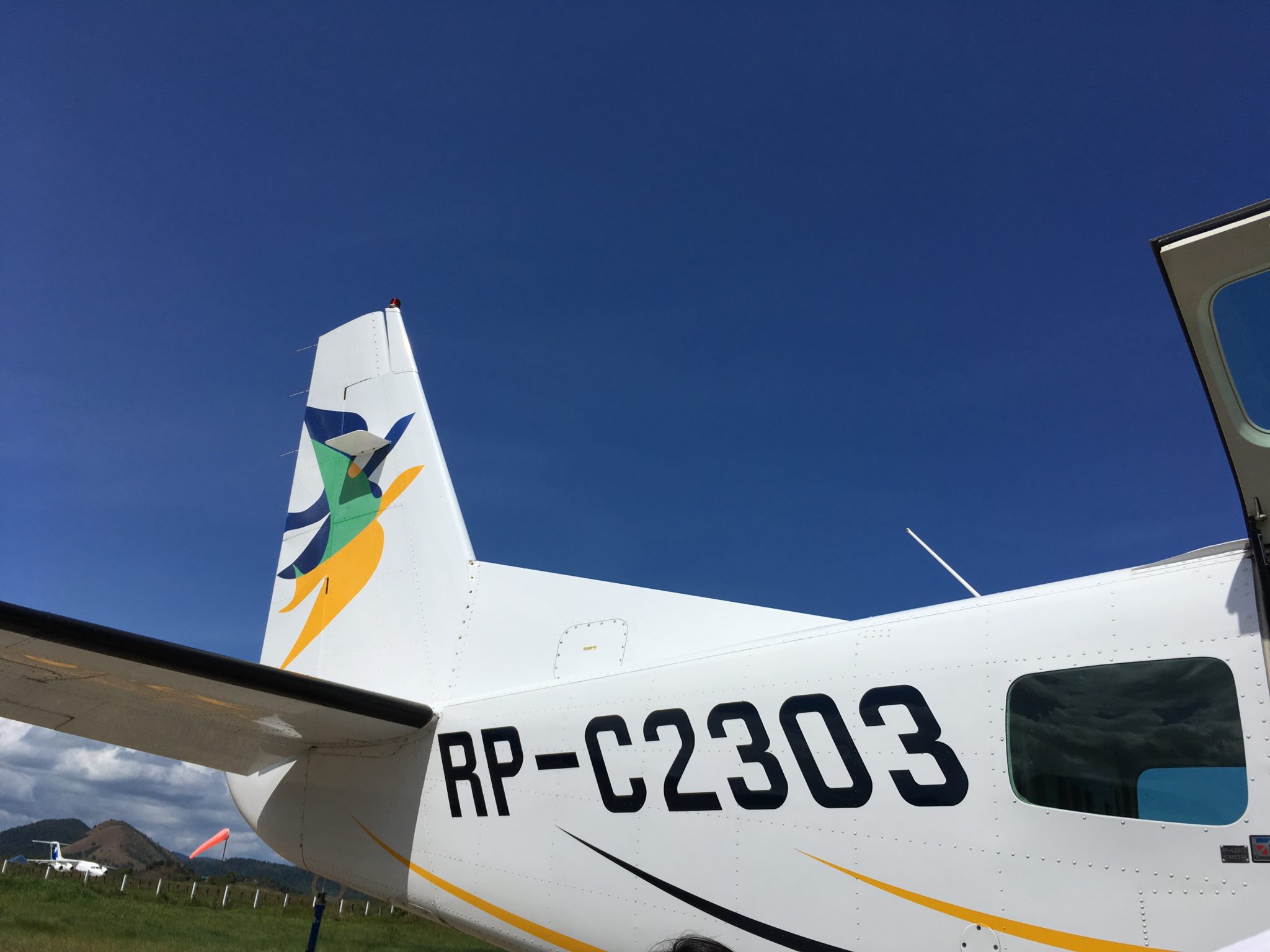 Inside the plane, you feel a little like you are in a fancy car. Cream covers adorn the seats and cream leather(ette) lines the ceiling.

However, your chauffeurs are in fact pilots. 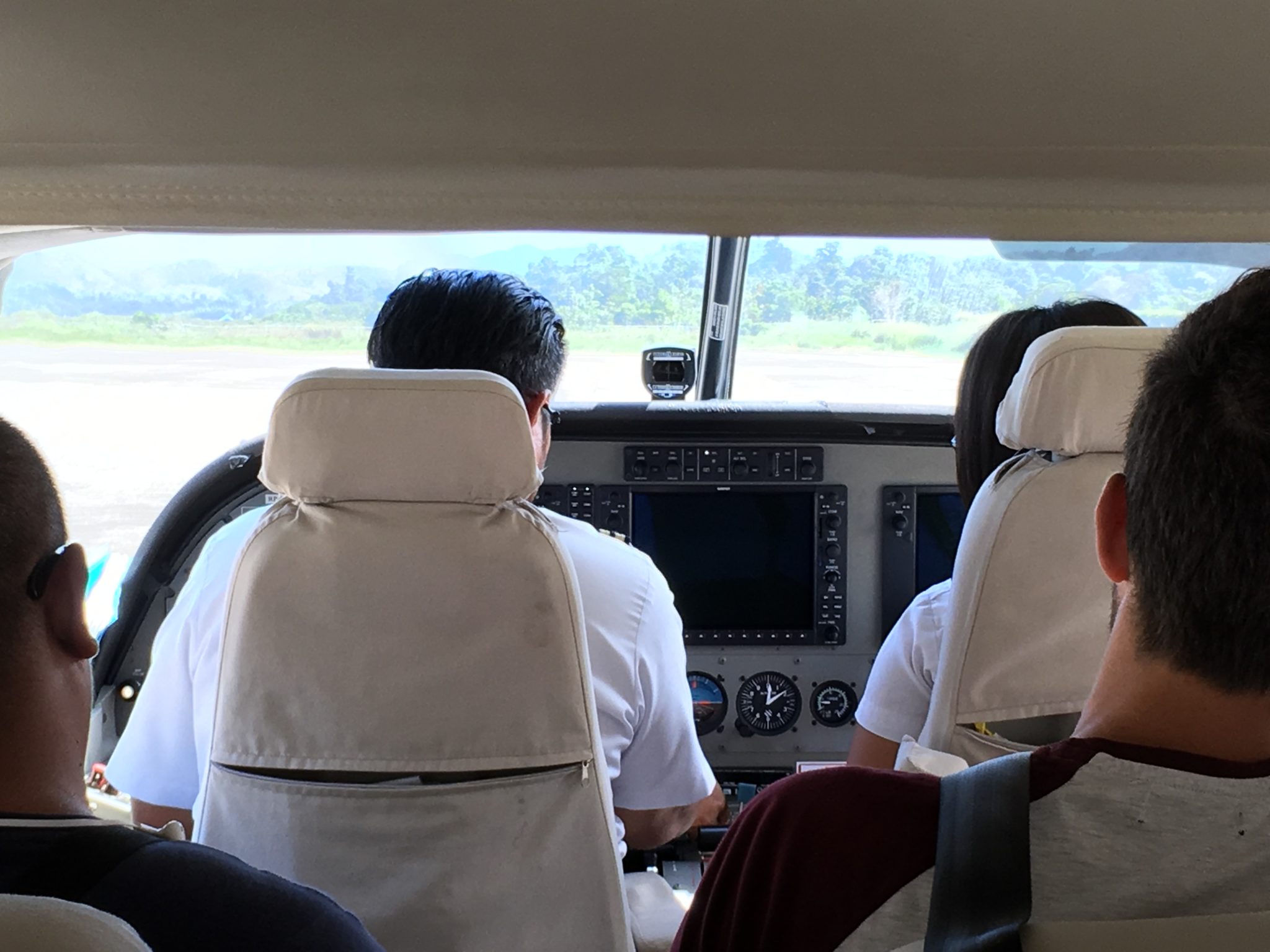 It was very pleasant and bright. The windows are big and square, giving everyone a fantastic view of their surroundings, you can even see our of the windscreen, a rare treat. 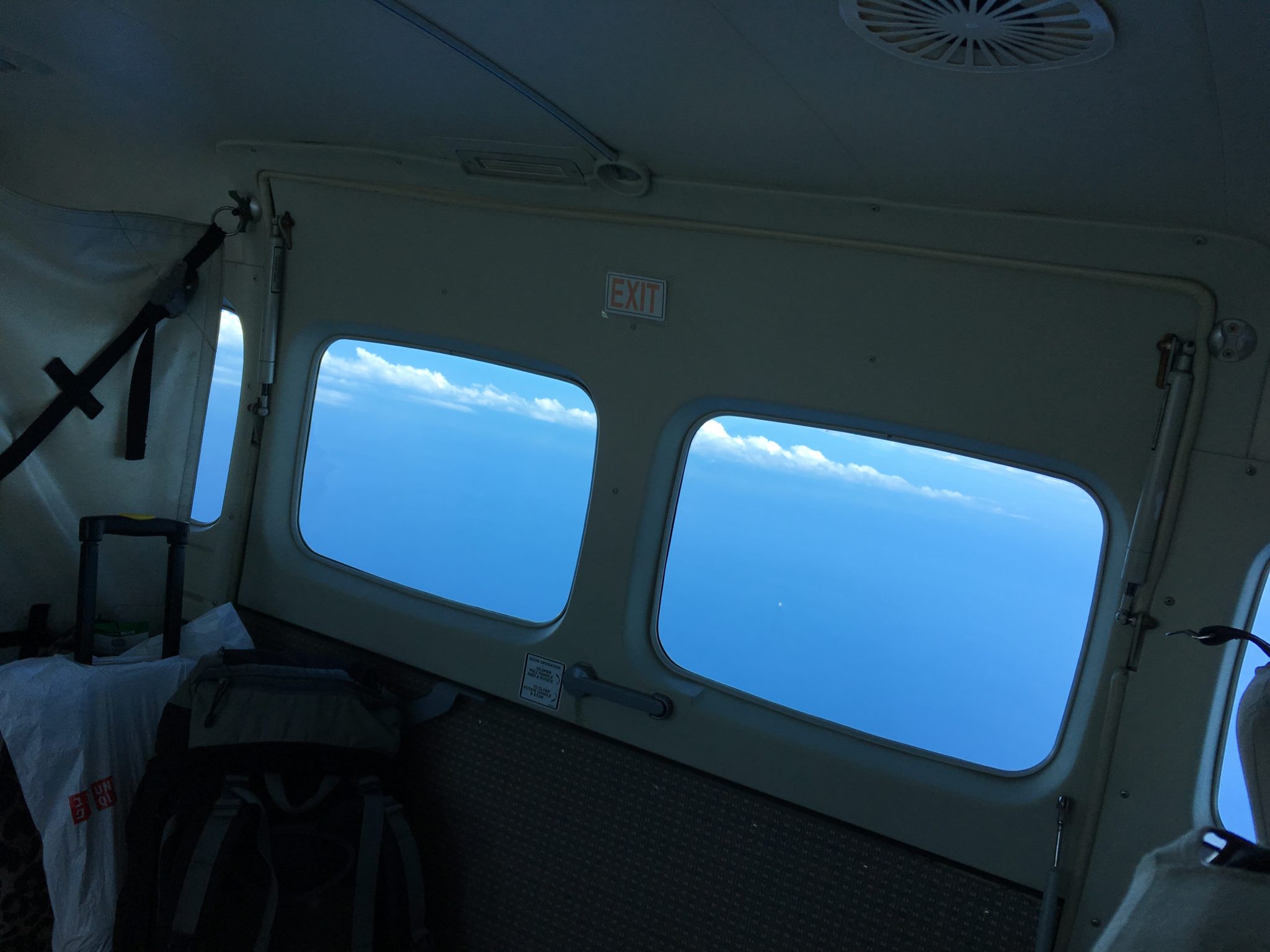 Above your head you will find the ventilation which you need and a light which you probably won’t. 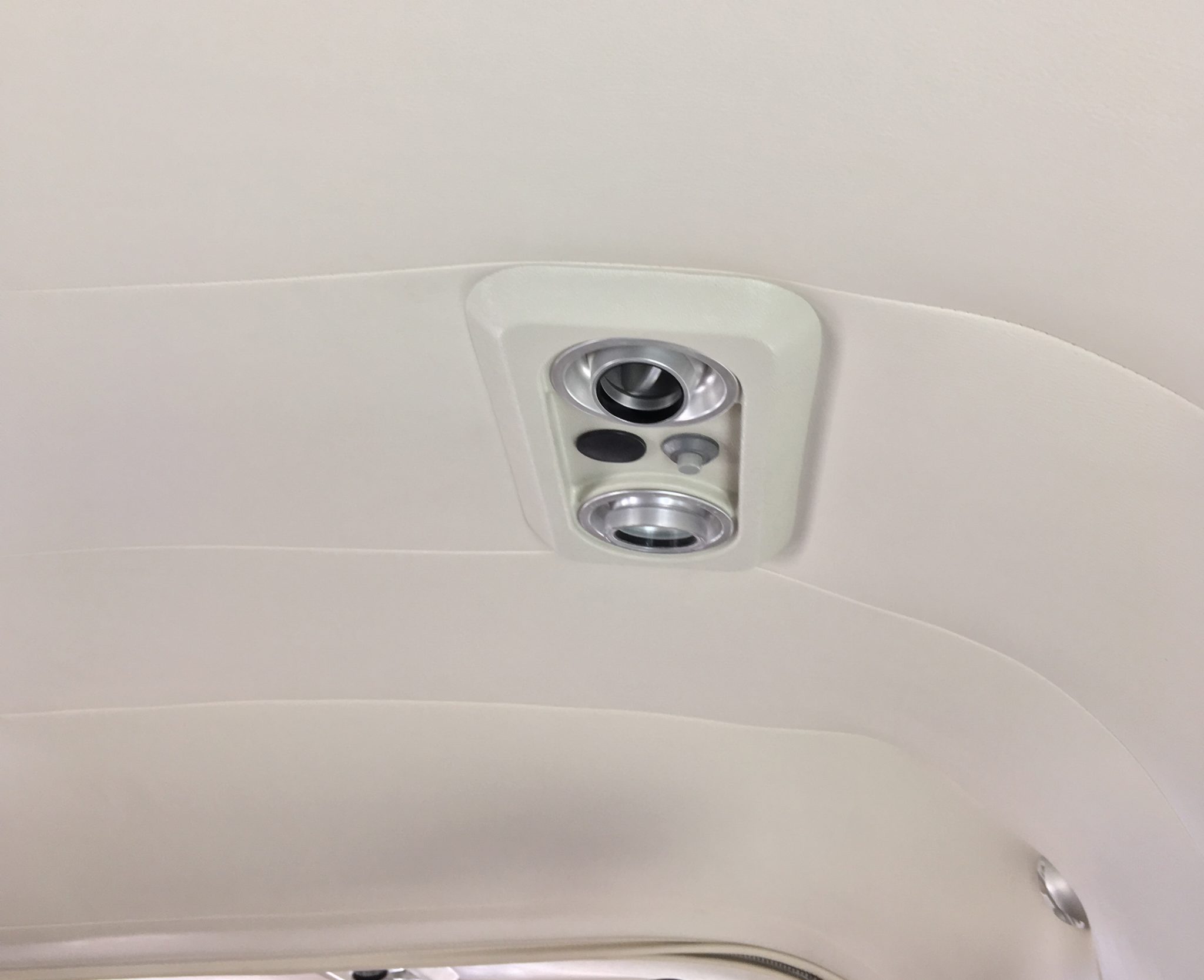 Down by my knees was a giant input for a microphone and a phone. I have no idea where you’d get the headset to go with it? 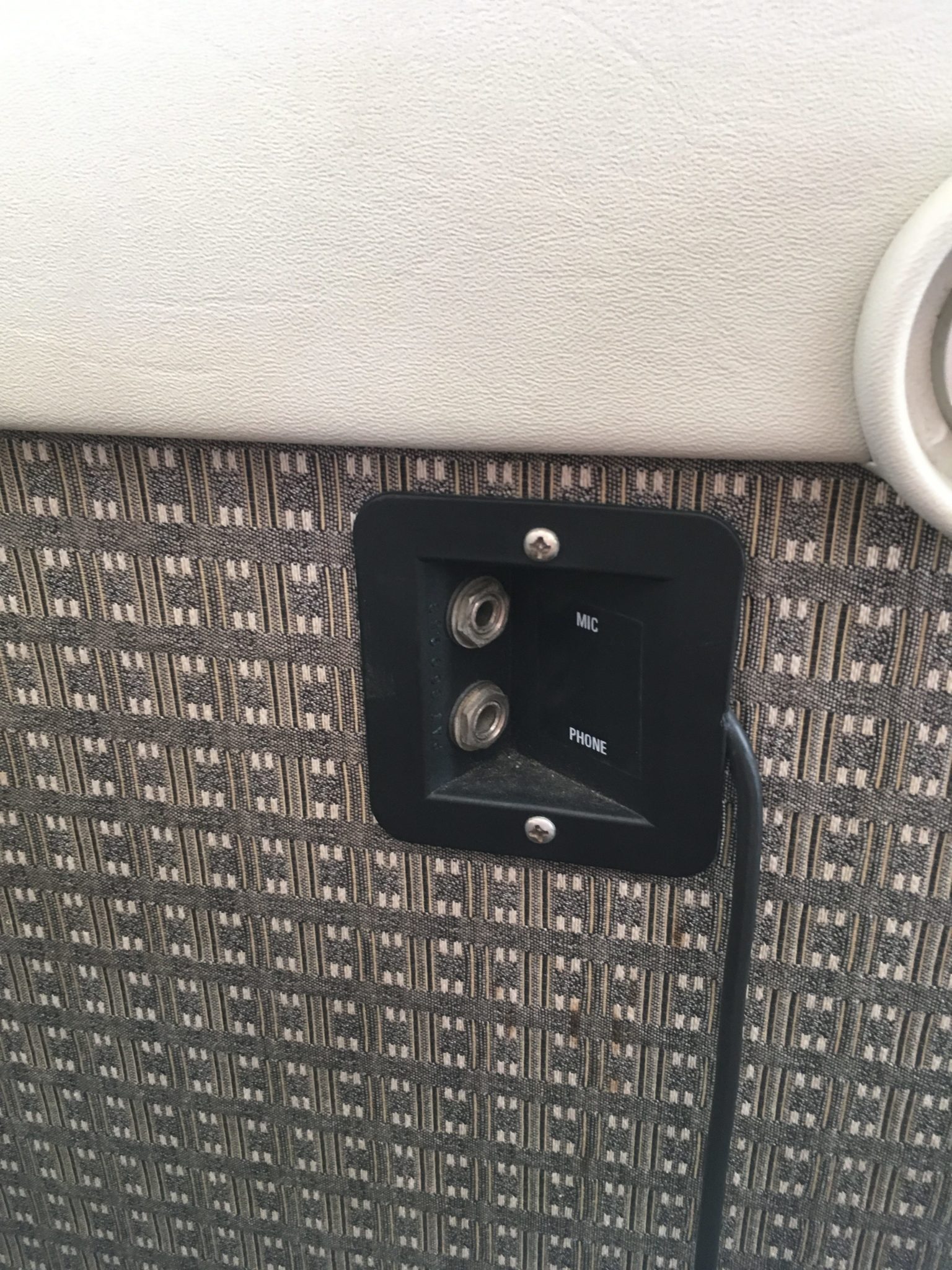 The seats are set up in. 1-2 configuration, with a total of nine seats available. The twos are actually built as one cozy double and so these are best for couples rather than strangers. 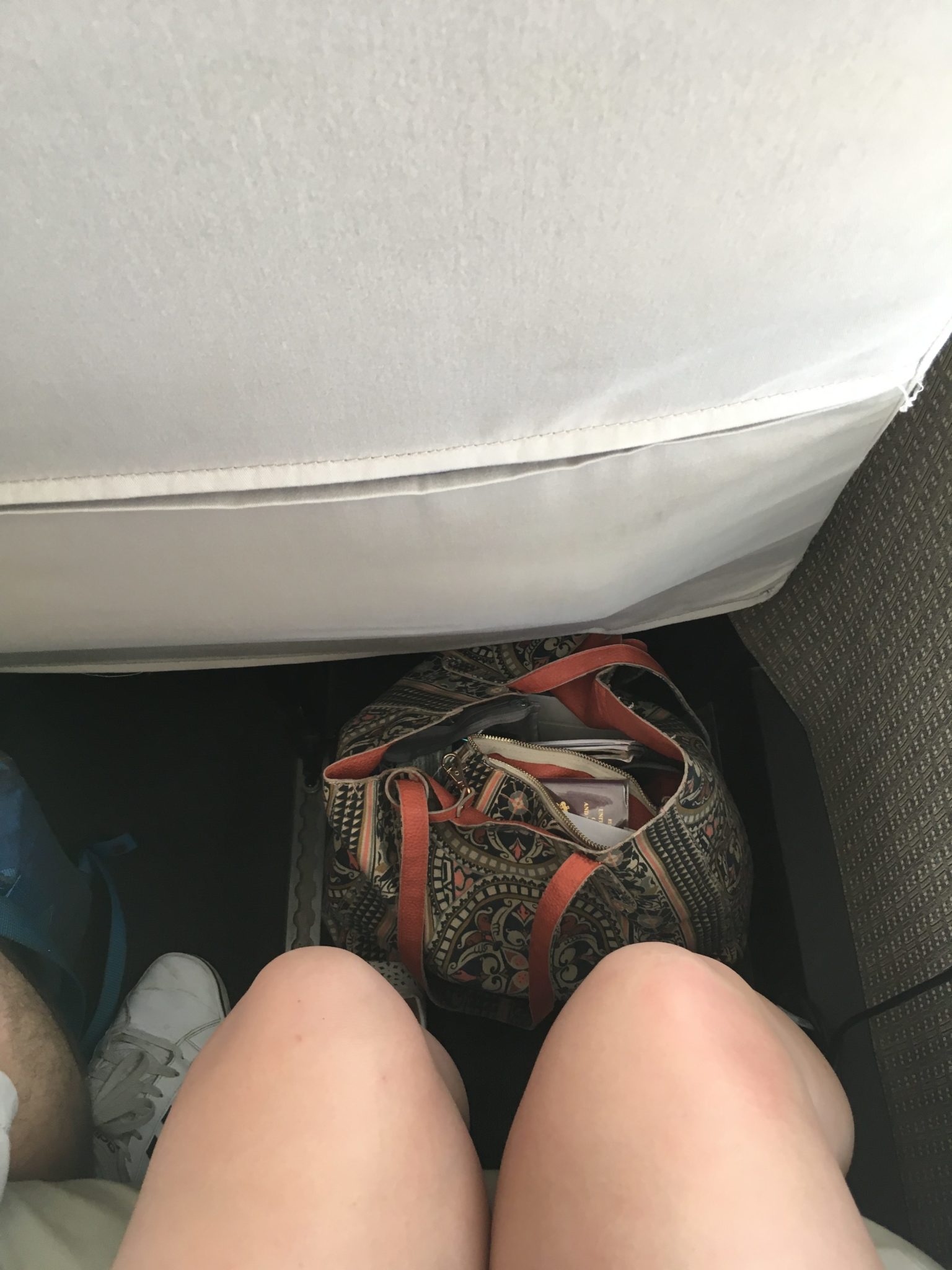 The leg room is very good. Even the tall Europeans that occupied the rest of the seats, seemed to have a little room to slouch. 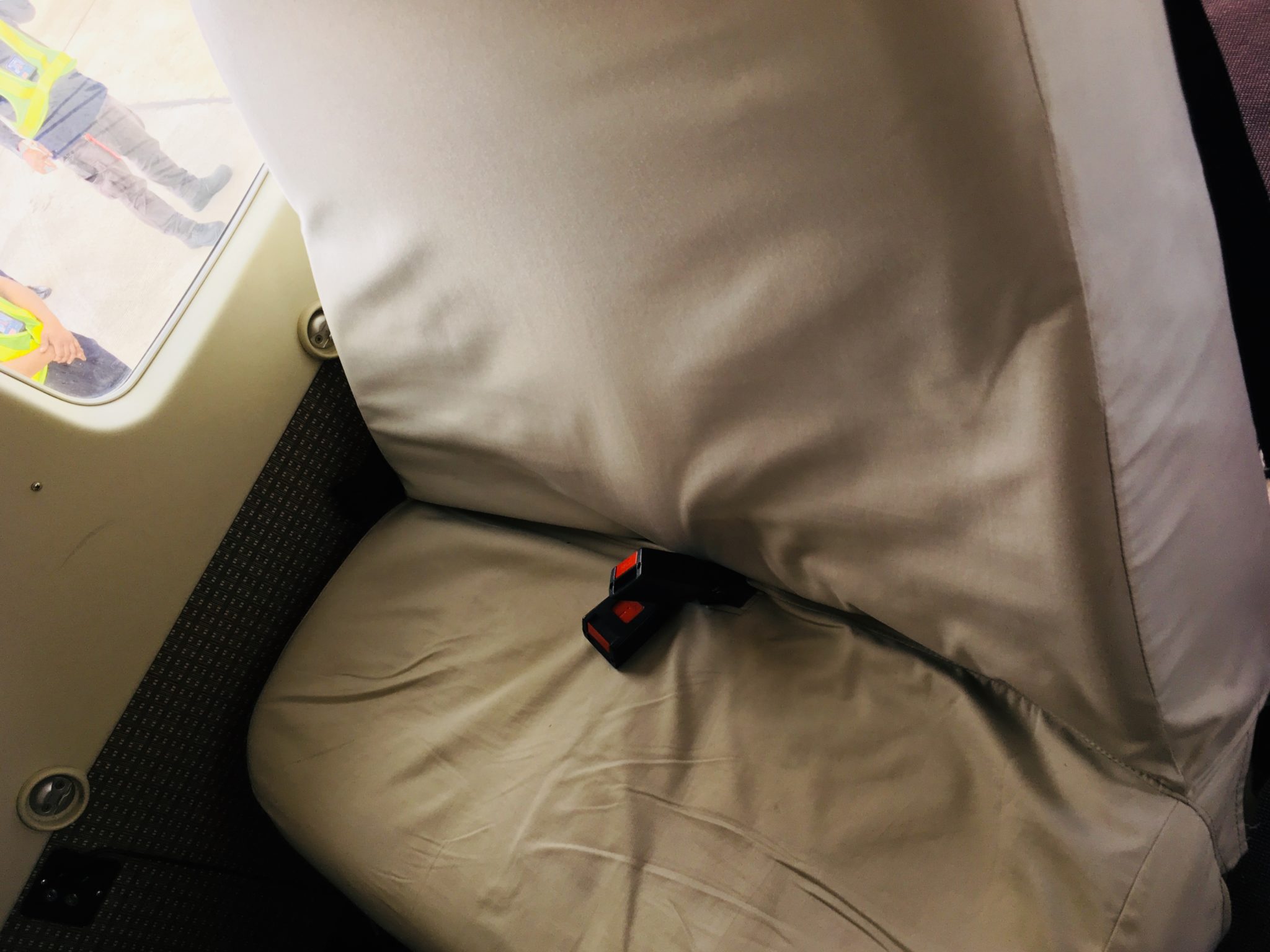 There are no overhead lockers, so your hand luggage must remain around your feet.

Unusually, the “hold luggage” was stored in a covered area at the back of the plane.

Looking for somewhere to stay? Check out A Bed in Coron – Club Paradise Palawan

So there is no entertainment but you aren’t flying on this kind of flight to watch a film from three months ago. Look out the window, you are at 9500 feet and the view is gorgeous! 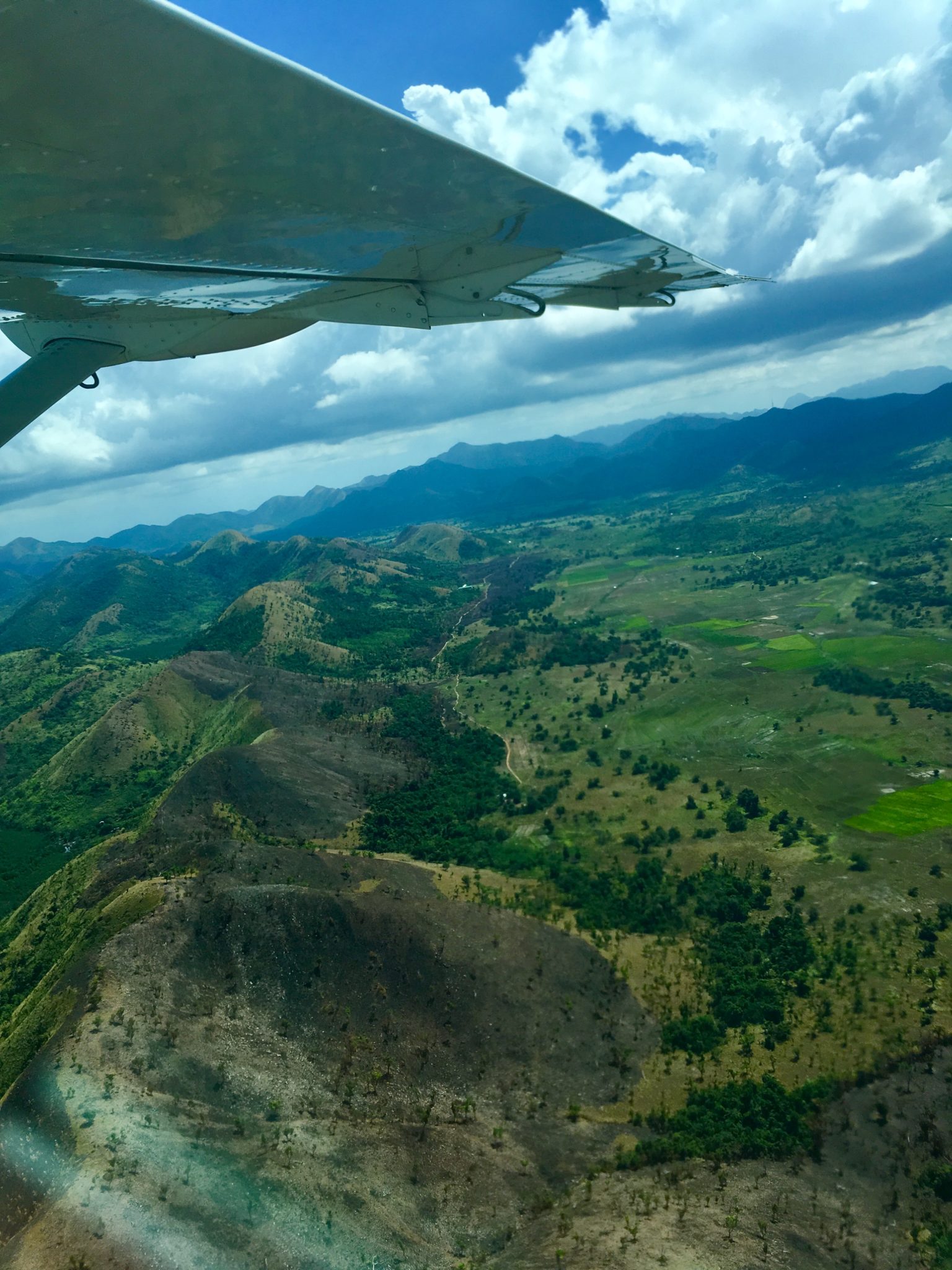 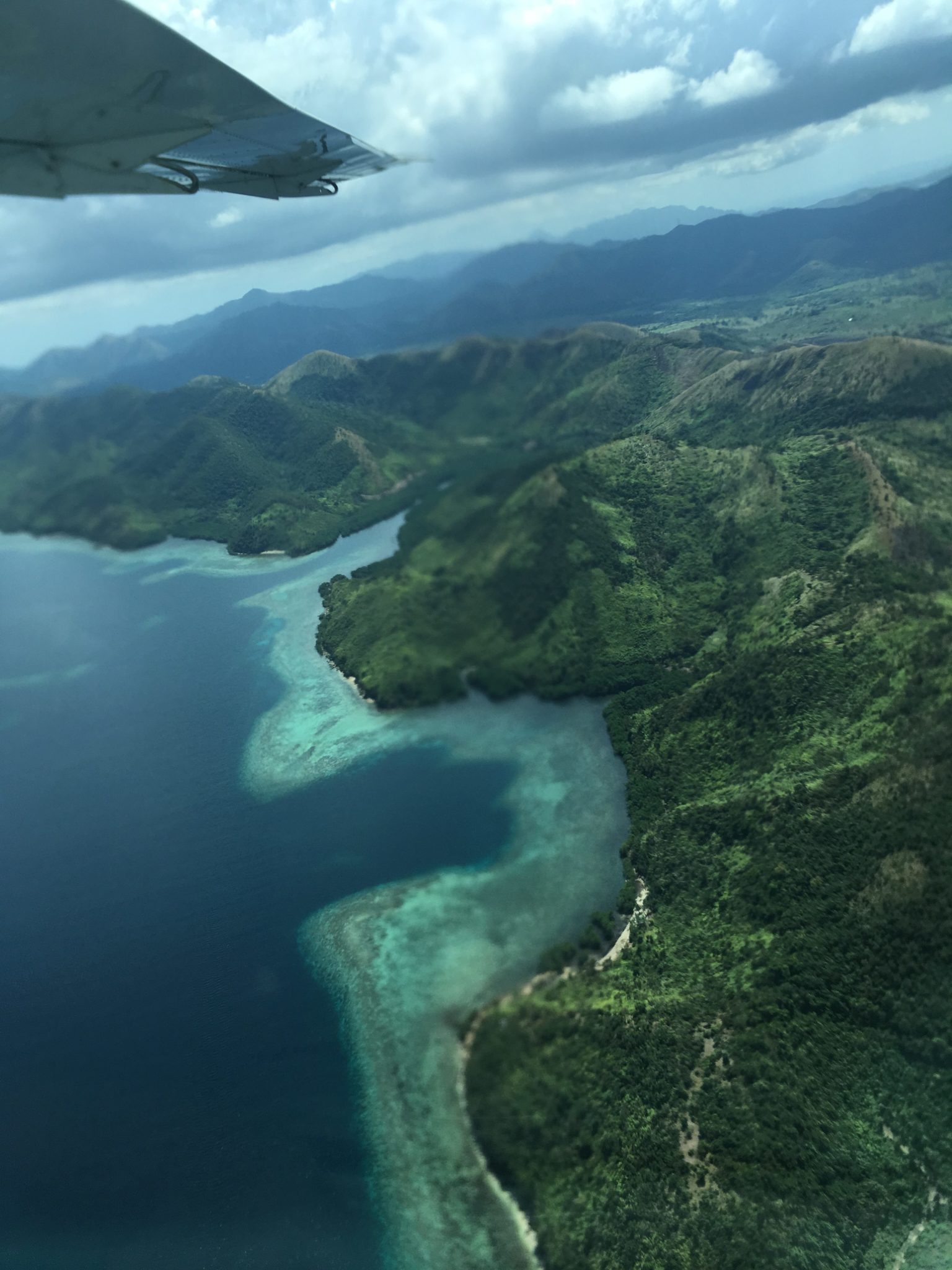 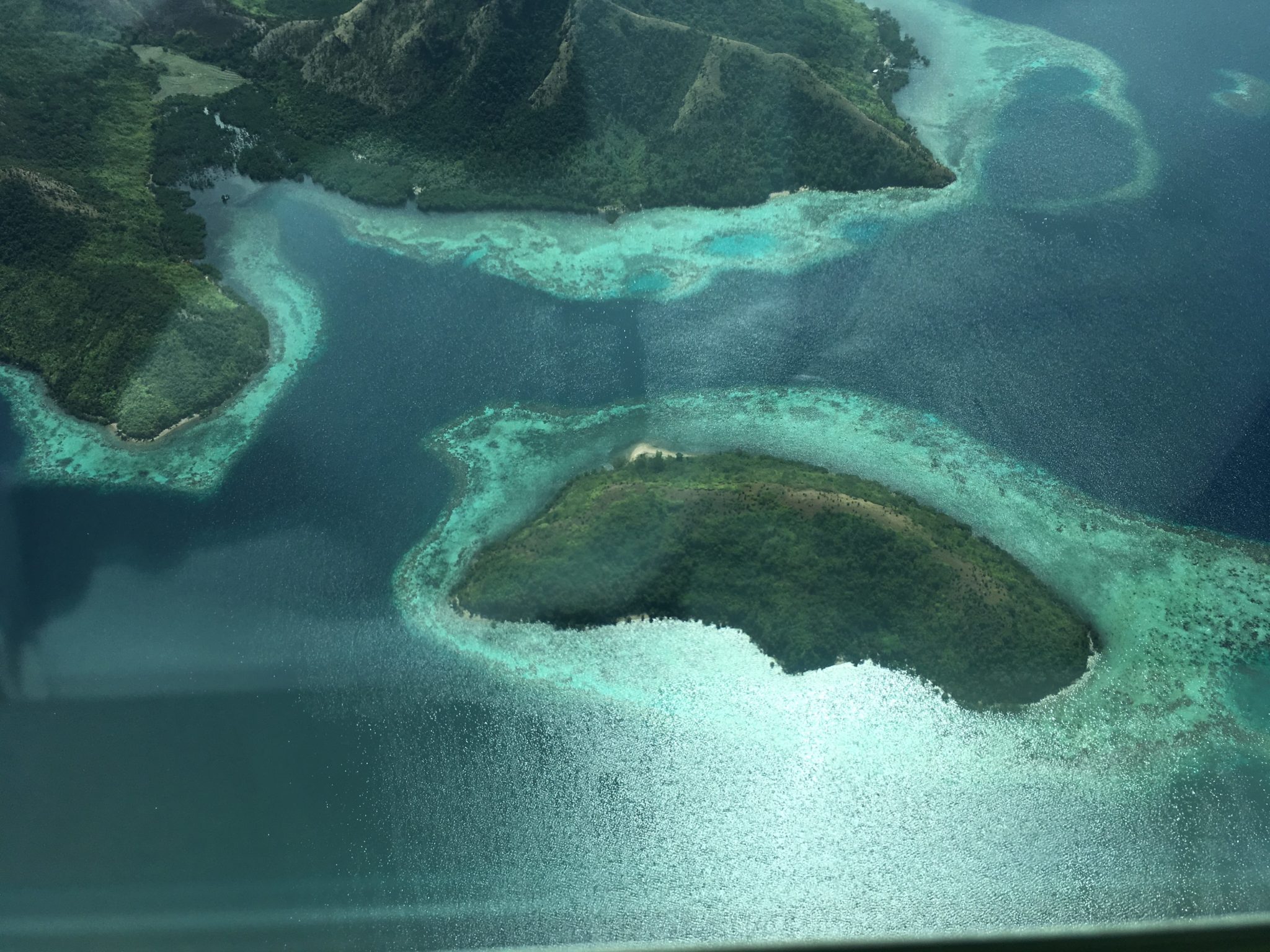 If you are hell bent on watching a screen, you can watch the cockpits dials, screens and buttons. Plus, it is fascinating to watch the flight deck at work. 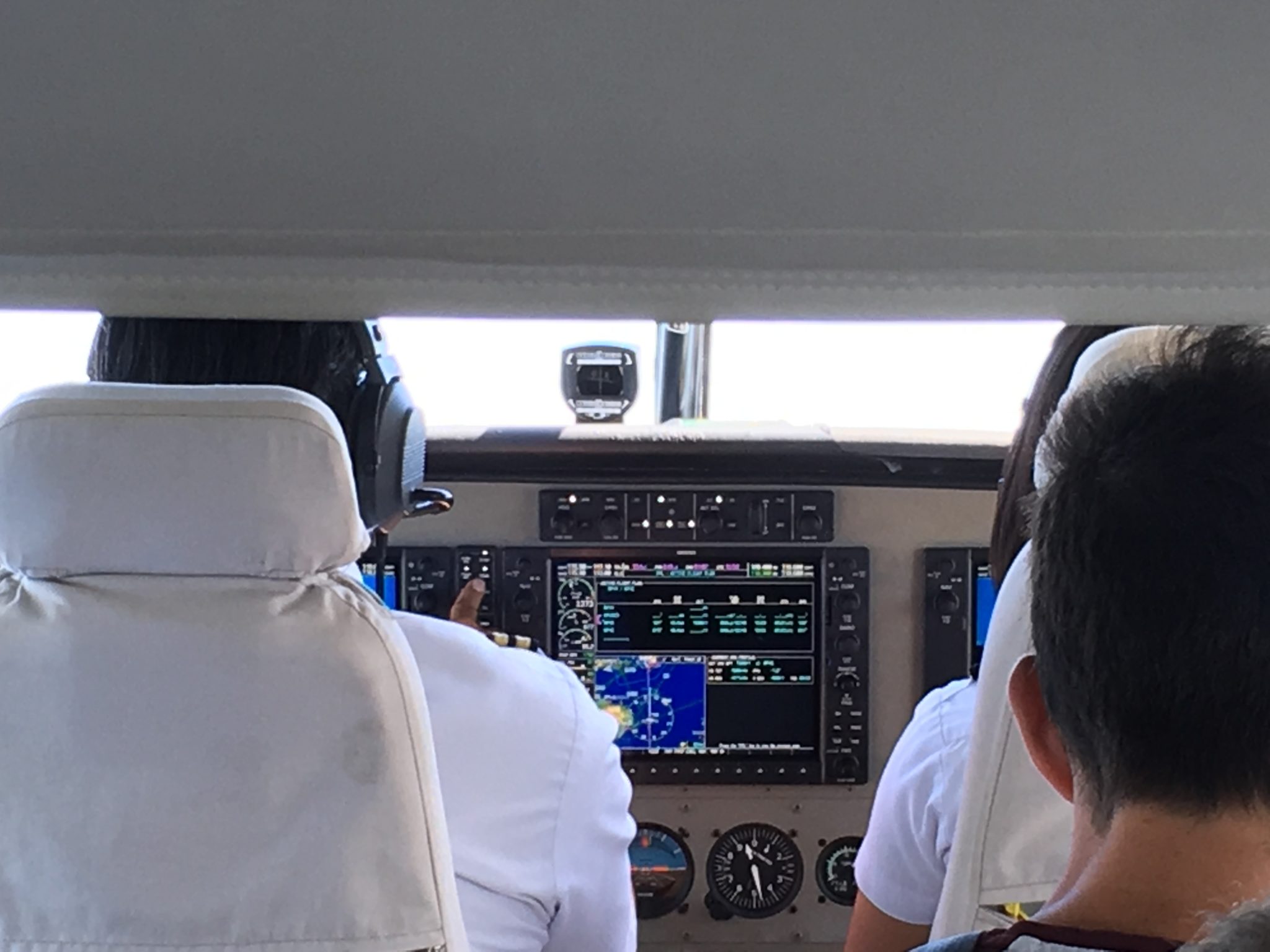 Your seatback pocket contains the safety card and your life jacket. Both are zipped away nicely (just remember which end the zip is on in case of emergency!) 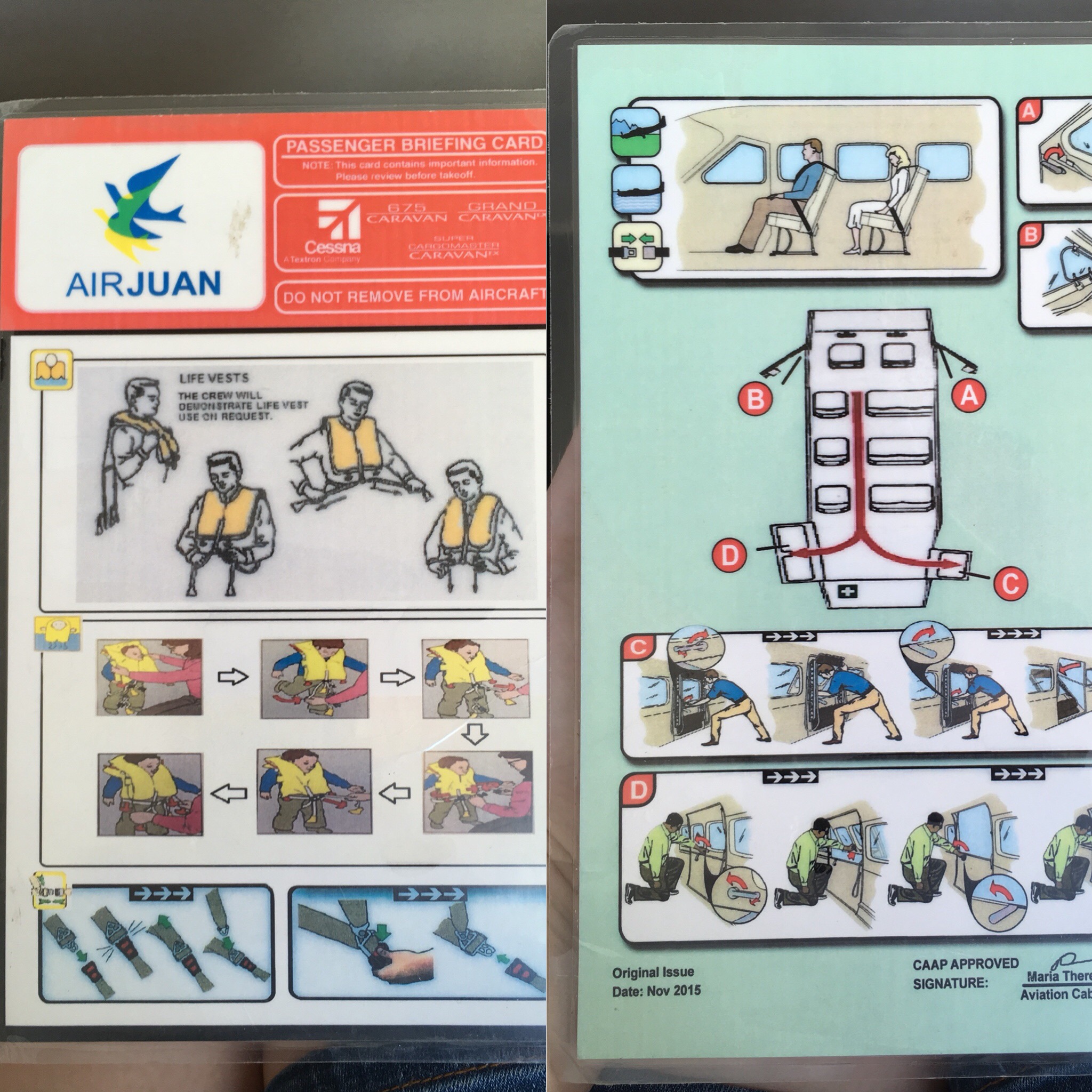 Other than that, you’ll have to bring your own blanket, sleep mask etc but then who wants to sleep on such an exciting hour long flight.

Who would serve it? And how? We had some biscuits in our bag and so we nibbled on those. 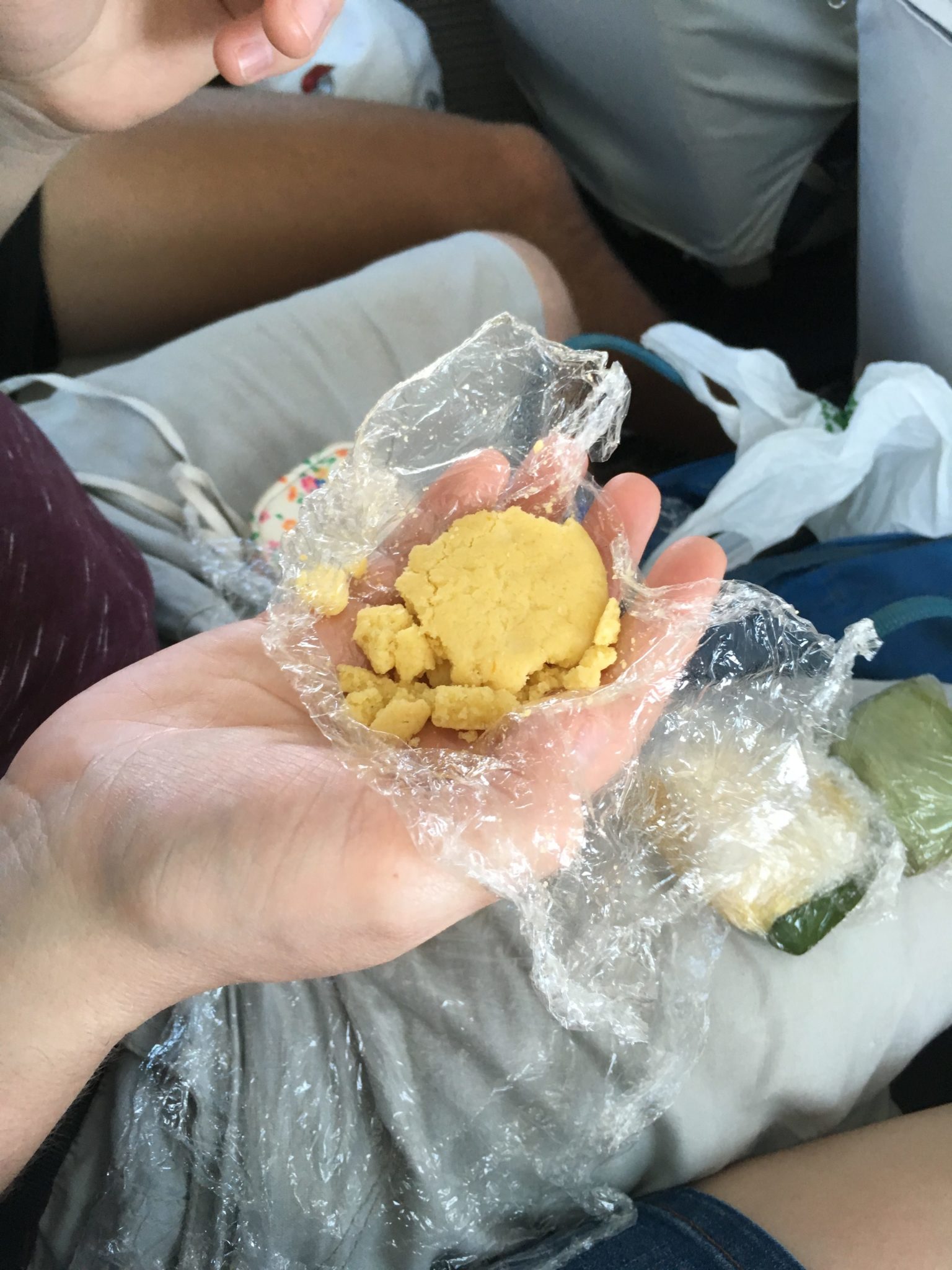 Our trip with Air Juan was very much a leisure flight and as such, a little different from our usual flying activities. It was a very pleasurable way to spend an hour, and we got from A to B too!

I would definitely recommend Air Juan. It may be slightly more expensive than going with another airline via Manila but it was quicker and vastly more enjoyable (even if we did have to nibble our own biscuits).

The only things I would change? An earlier check in time than 70 minutes before departure time, and assigned seating to take the stress out of boarding.