The most daunting of any journey is the first step, and so it was quite the leap to begin our Trans-Siberian travels by travelling from Shanghai to Beijing by train. 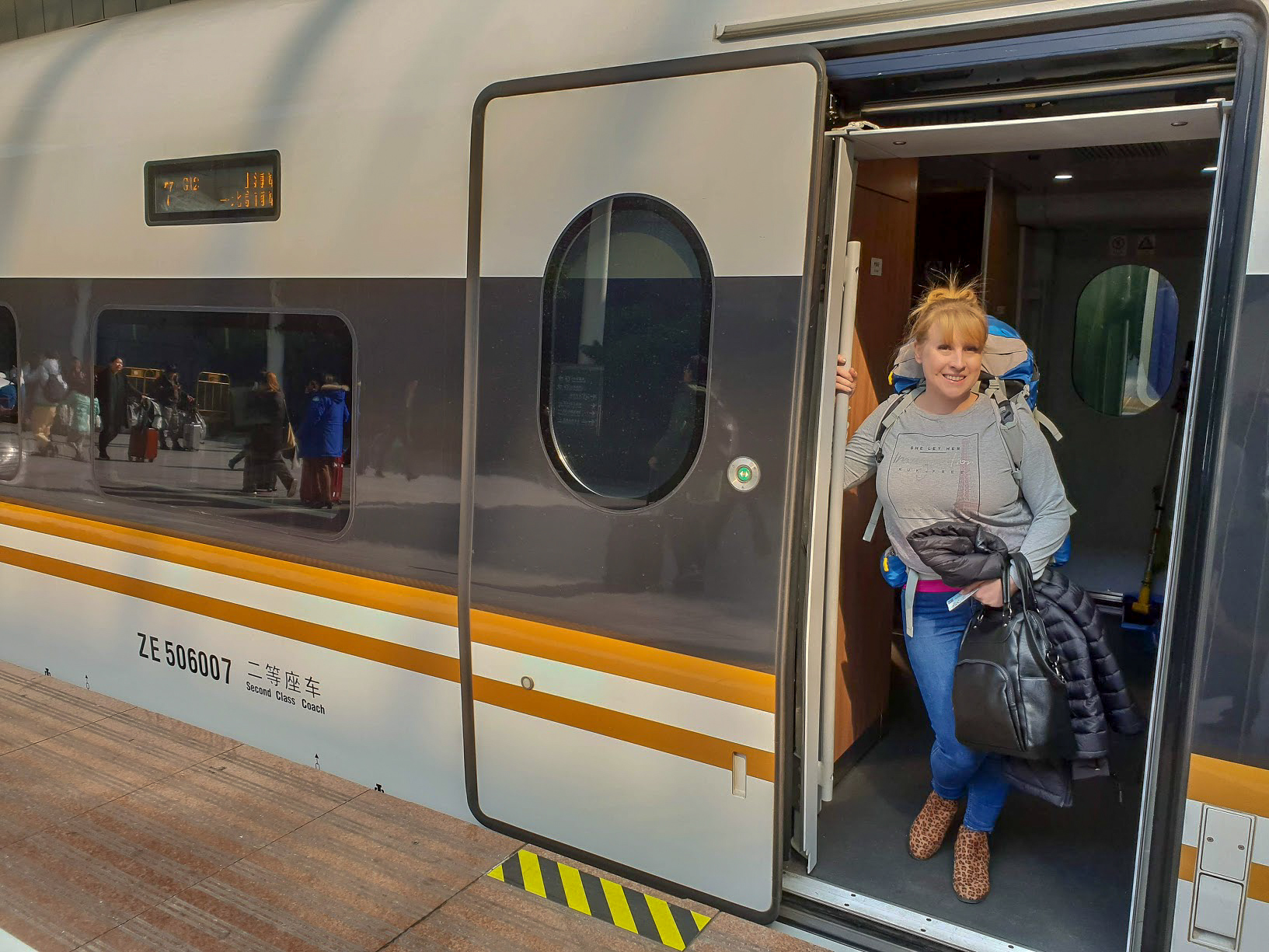 A Little About Our Trans-Siberian Travels

The start of our Trans-Siberian adventure took us to the Far East. As far east, in fact, as we would be on this trip. Our plan was to fly to Shanghai at the other end of the Asian continent and get trains all the way back to St Petersburg. In an ideal world we would have caught the train all the way home but time pressure, and not wanting to do it all without getting off to explore, meant we had to cut it off at the Western end of Russia. Still a pretty long trip though!

Pre-Train – The Maglev from Shanghai Airport (PVG) to Shanghai City 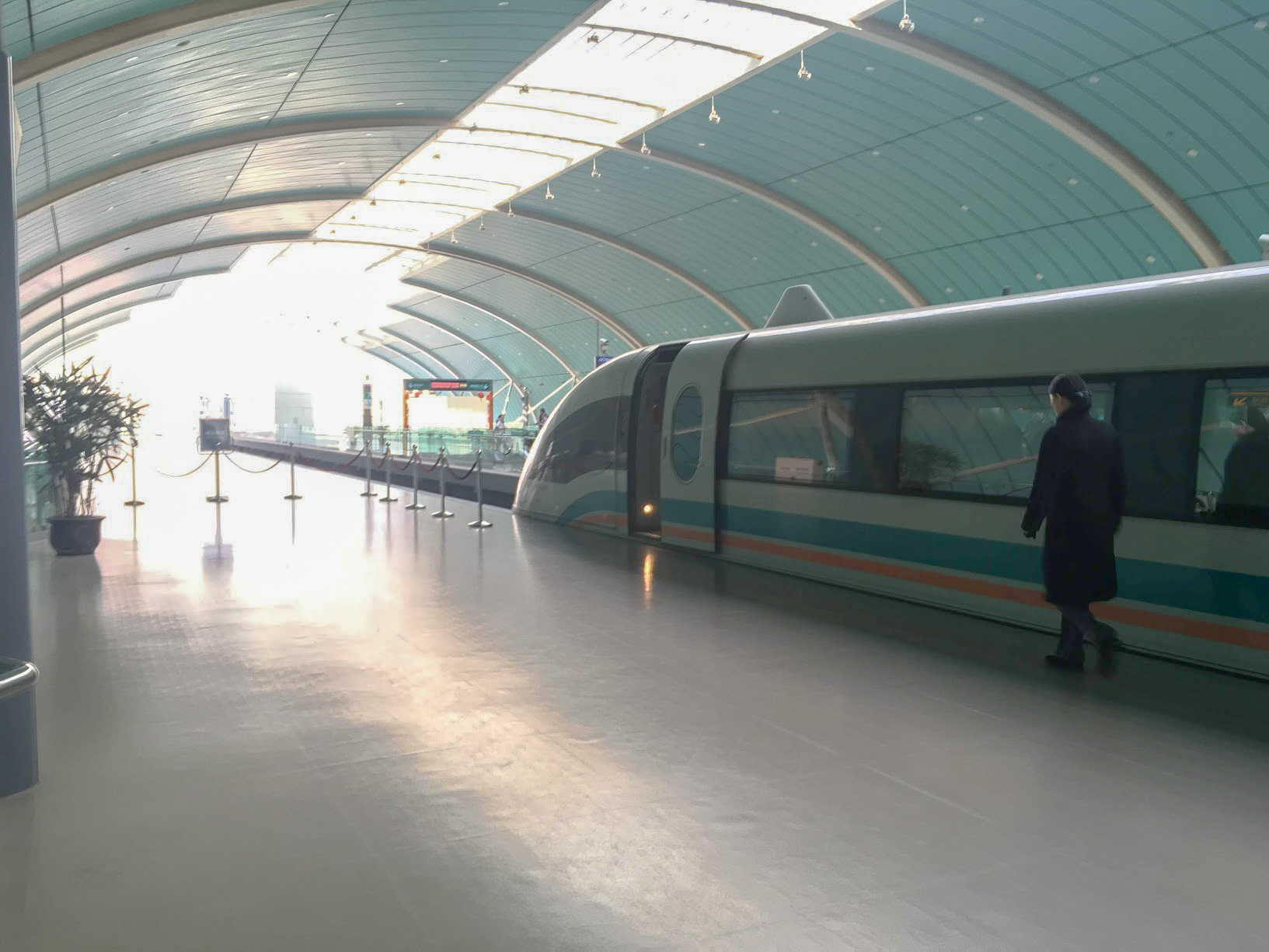 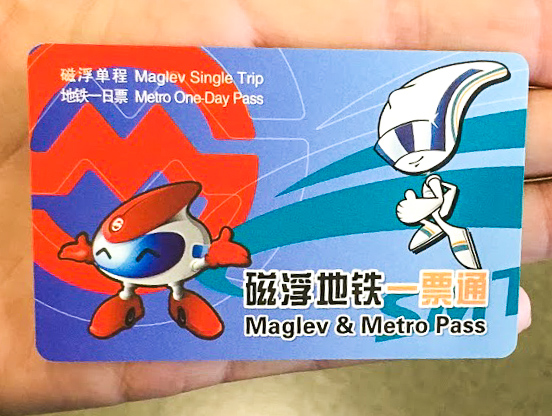 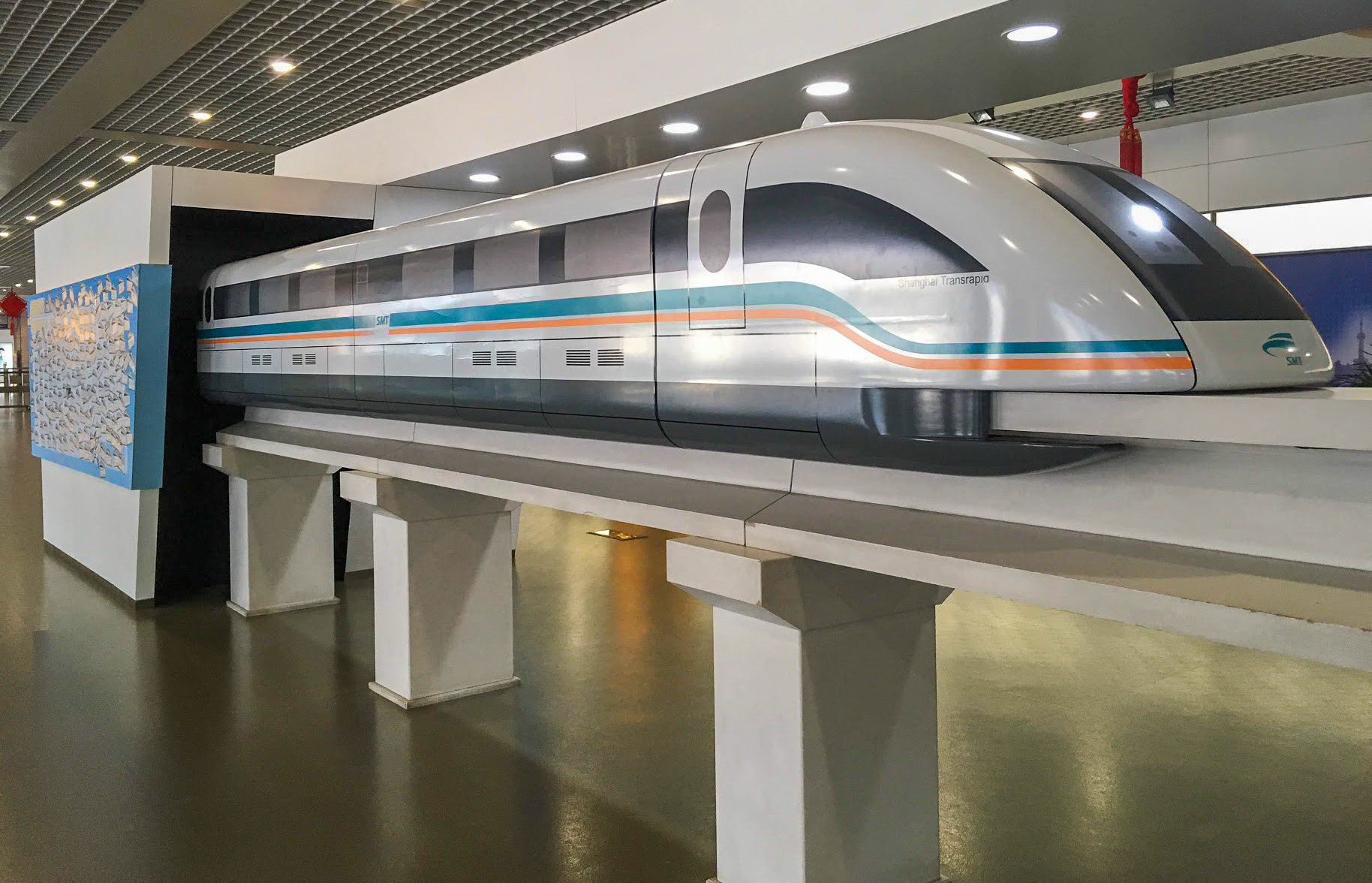 This train ride lasts just 8 minutes but whisks passengers to and from the airport at speeds of 267 mph. After reading about the potential of magnetic levitation trains, I was expecting this to be a super smooth ride, but it came with a few bumps as it rounded the corners. We both totally geeked out though! 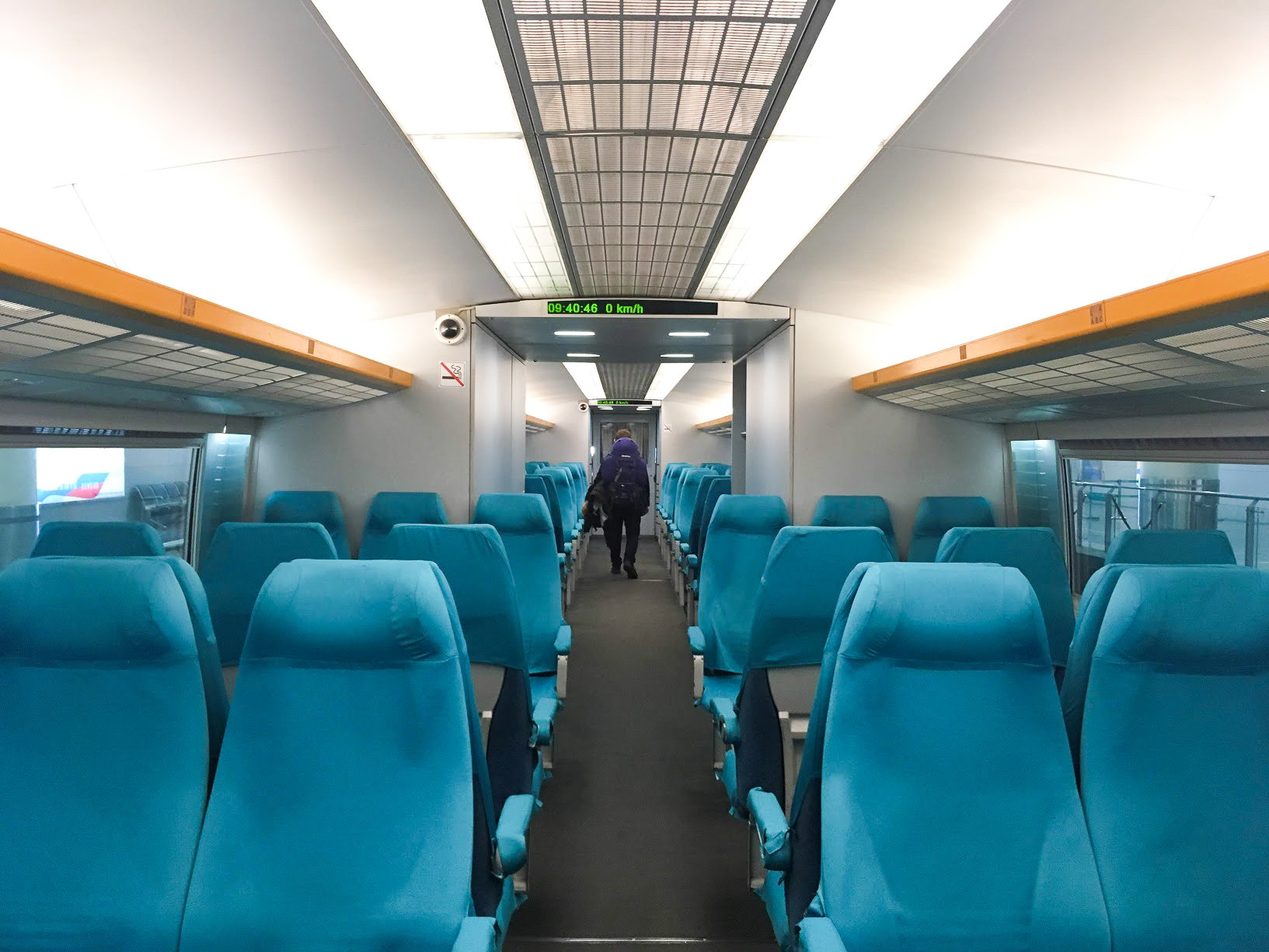 Shanghai to Beijing by Train

Picking Up Tickets at Shanghai Station

Arriving at Shanghai station was overwhelming. We emerged from the metro into bright sunlight and tried to get our bearings. There was a long queue to get into the gigantic building and no ticket office in sight. We had email confirmations of our tickets but not the physical tickets so we needed to hunt out a ticket counter.

Along the front of the terminal, we wandered, looking despondently at the ever-growing queue. Turns out, we had to take an underpass to cross the road on the far right of the building, and enter an entirely separate office where we found the foreigners booking window.

As is quite usual in China, there was a queue/scrum in front of it so we had to wait our turn, drilling insistent elbows into those people who decided to try and queue jump from the side. After a fifteen-minute wait, we finally reached the front. Passports and emails were shoved through the little gap in the window, and small cardboard tickets were slid back with a smile. 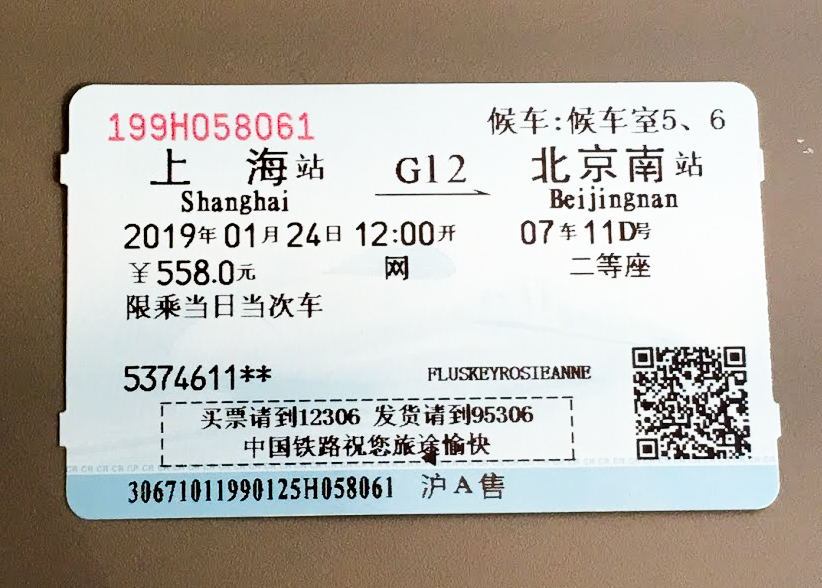 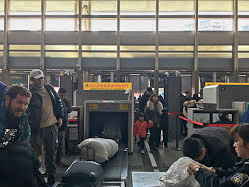 Tickets in hand we made our back through the underpass and joined the snaking queuing system. Despite being long, it was moving quite quickly and at least it was bright and clear above. If the rain had made an appearance it would have been far worse.

As soon as we passed through the doors, we had to put our bags through x-ray machines before grabbing them and ascending the large escalators. 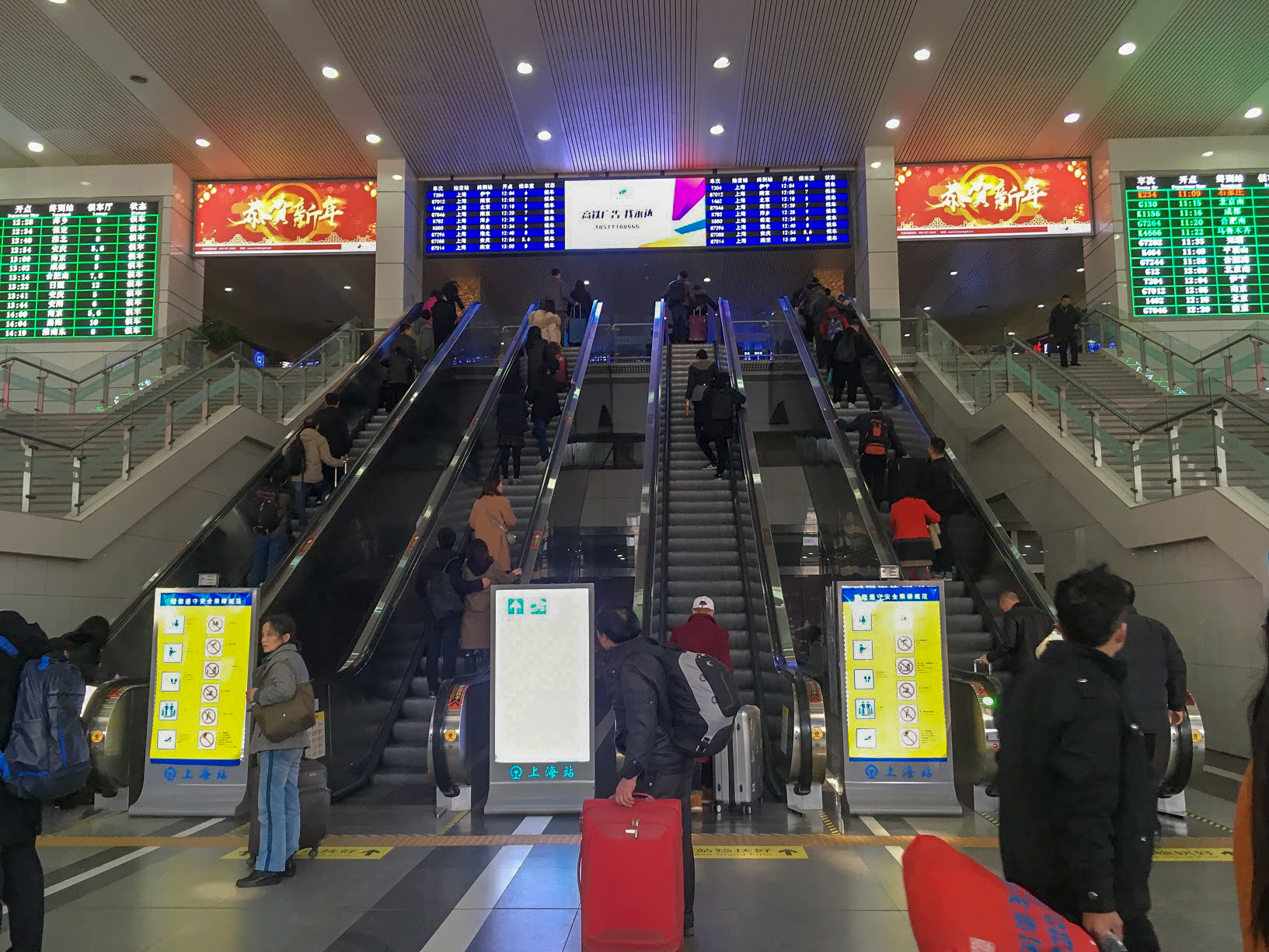 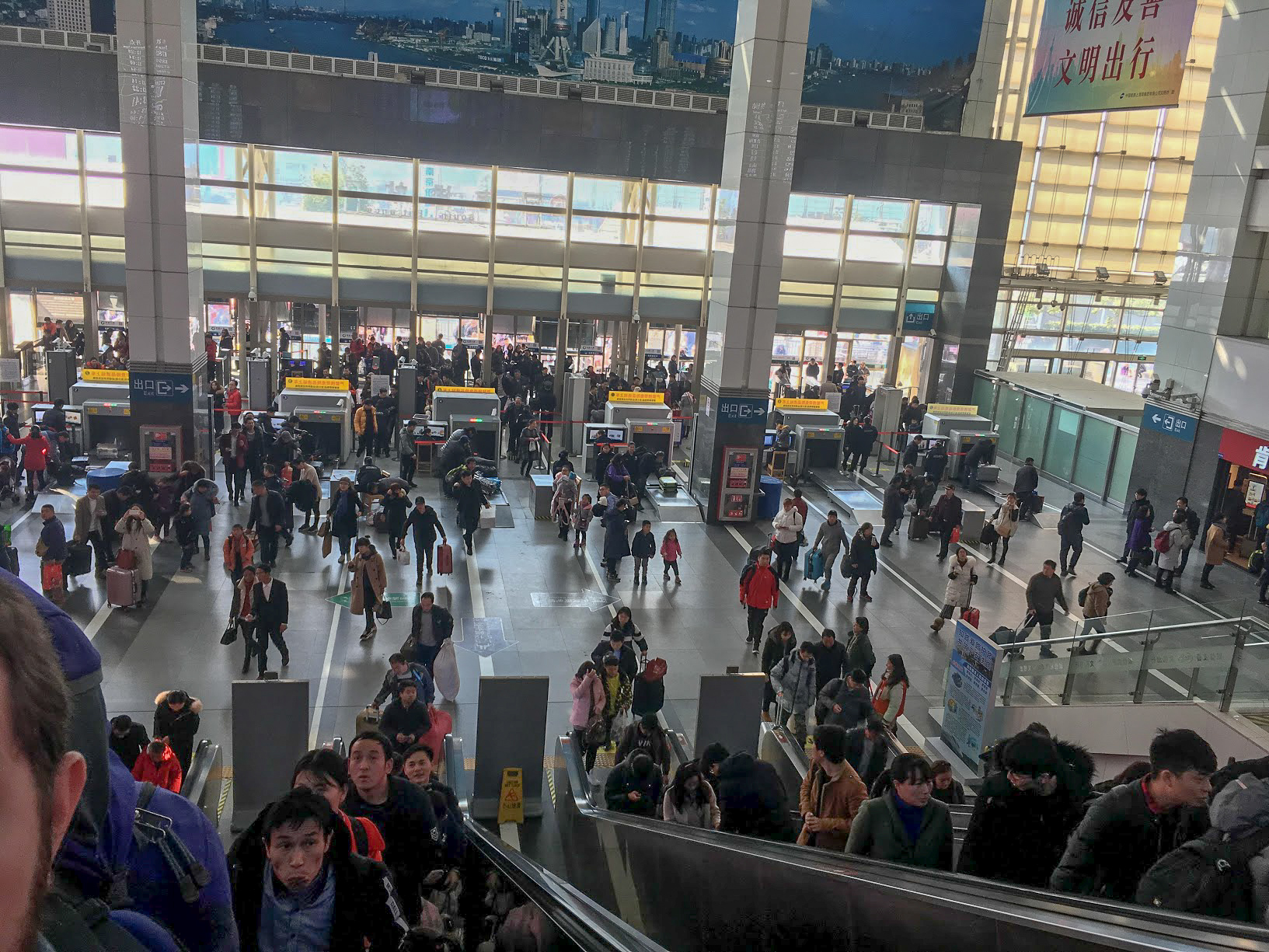 Our train was due to depart in around 35 minutes and the passengers were all assigned to wait in waiting room 1.

The place was packed. People squatted on the floor slurping plastic tubs of instant noodles. Families gathered around piles of bags and people inexplicably used the seat next to them for their full size rolling luggage. This one gave me rage but what can you do!? At the far end of the room, a bank of ticket barriers stood firmly closed, with big red crosses barring the way to the platforms below.

The train before ours was called and the barriers all flashed to green. People swarmed forward, pouring through the barriers as guards shouted instructions through megaphones across the crowd. It was quite intense and we waited with anticipation for our turn, ready to be sucked into this mass of humanity. 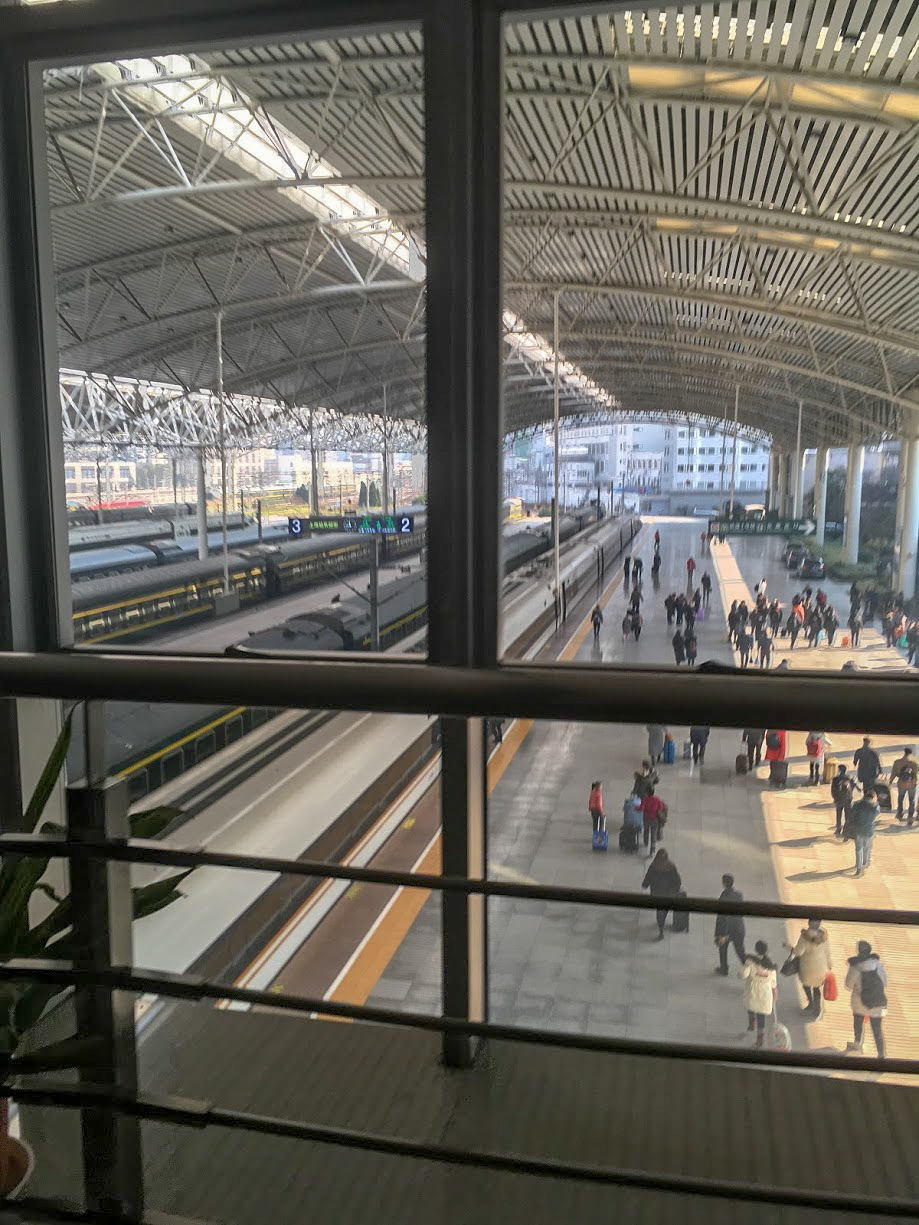 Once again, the barriers flashed green and we joined the large queues beeping through with their tickets. Each ticket had a QR code on and scanning this opened the barrier; easy peasy. We followed the corridor round to an escalator which took us back down the ground floor. We emerged into the platform areas and were amazed all over again at how big it all was. 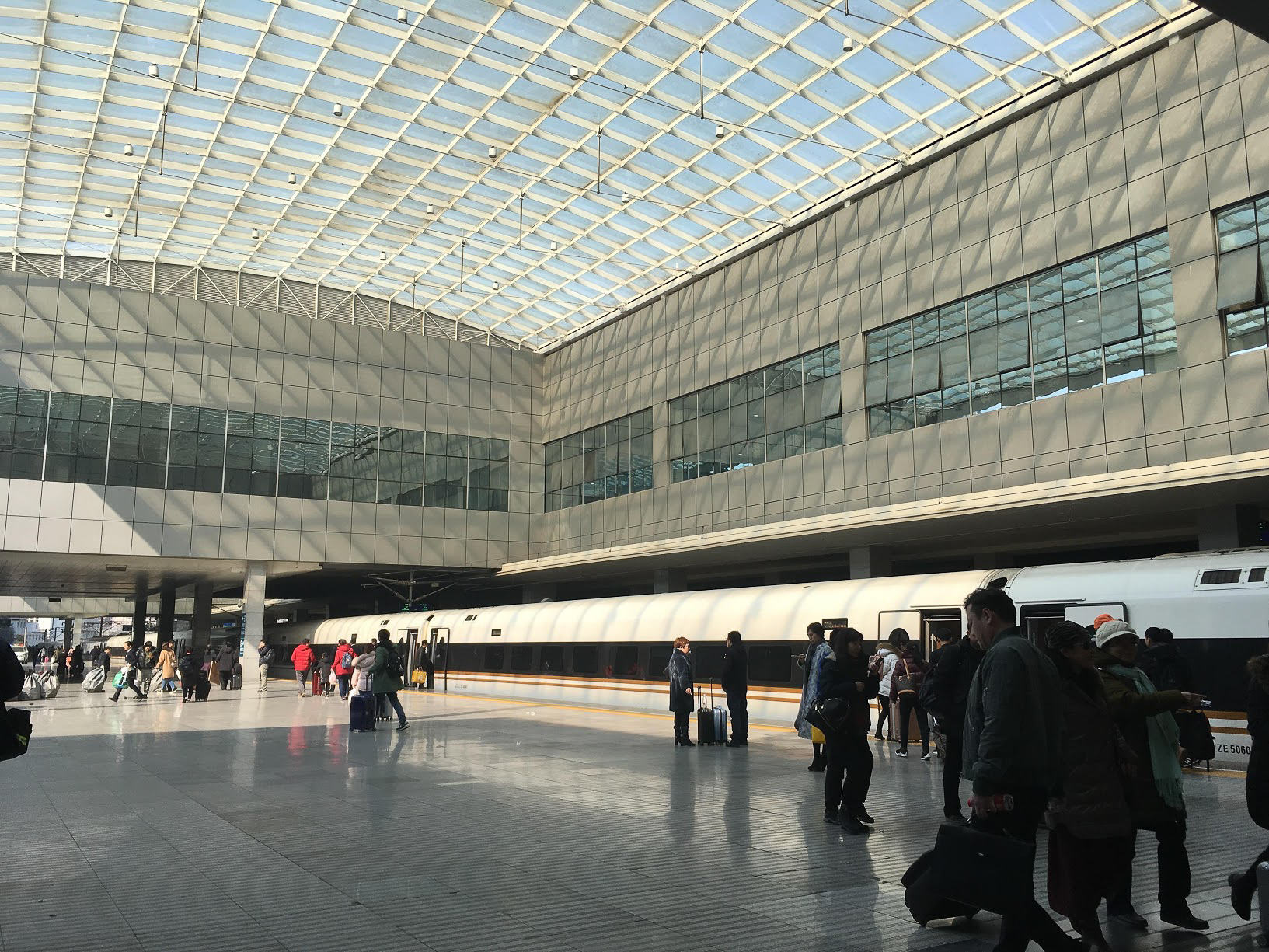 Everyone seemed to be dashing, and so we sped up as well, keen not to miss the train. Our carriage was only a third full as we boarded and so there was plenty of overhead space. Within minutes, however, the shelves were full. We were very happy to have gotten rid of our stuff early. Train crew, in immaculate uniforms, helped customers to claim their seats and overhead space. They were all women, strict with a smile. We were then shown a safety and etiquette video, with some wonderfully pointed remarks about bad behaviour. It was like a blend of being on board a plane, and in a school assembly.

On Board the Train from Shanghai to Beijing

The seats were like airline seats, complete with little tray tables. I was impressed with the legroom and comfort of these seats and was very happy in them all the way to Beijing.

This train was cold, very cold. I had my huge scarf over me like a blanket but my nose was still uncomfortably chilly. It would be wise to bring layers if you are taking one of China’s high-speed trains.

I do understand that this is required in summer, but it January. Surely, it would have been a better plan to use the heating!?

The bathrooms were amazingly clean on this train. I was dreading paying it a visit having had some upsetting experiences with Chinese toilets in the past, but it was fine.

Out of the Window

As the train hurtled out of Shanghai, I was expecting to see the city dwindle into countryside. It did somewhat, but it was quickly replaced by a string of identical towns comprised of identical grey, concrete blocks.

Final Thoughts on Travelling From Shanghai to Beijing by Train

Considering we have taken this journey before (in reverse) it felt awfully momentous. The first step on a real rail adventure! We were so ready for the rest of our Trans-Siberian travels.

Stepping foot into the Beijing afternoon, knowing we were only here for 8 hours, we felt exhilarated and ready to get and about in the city. 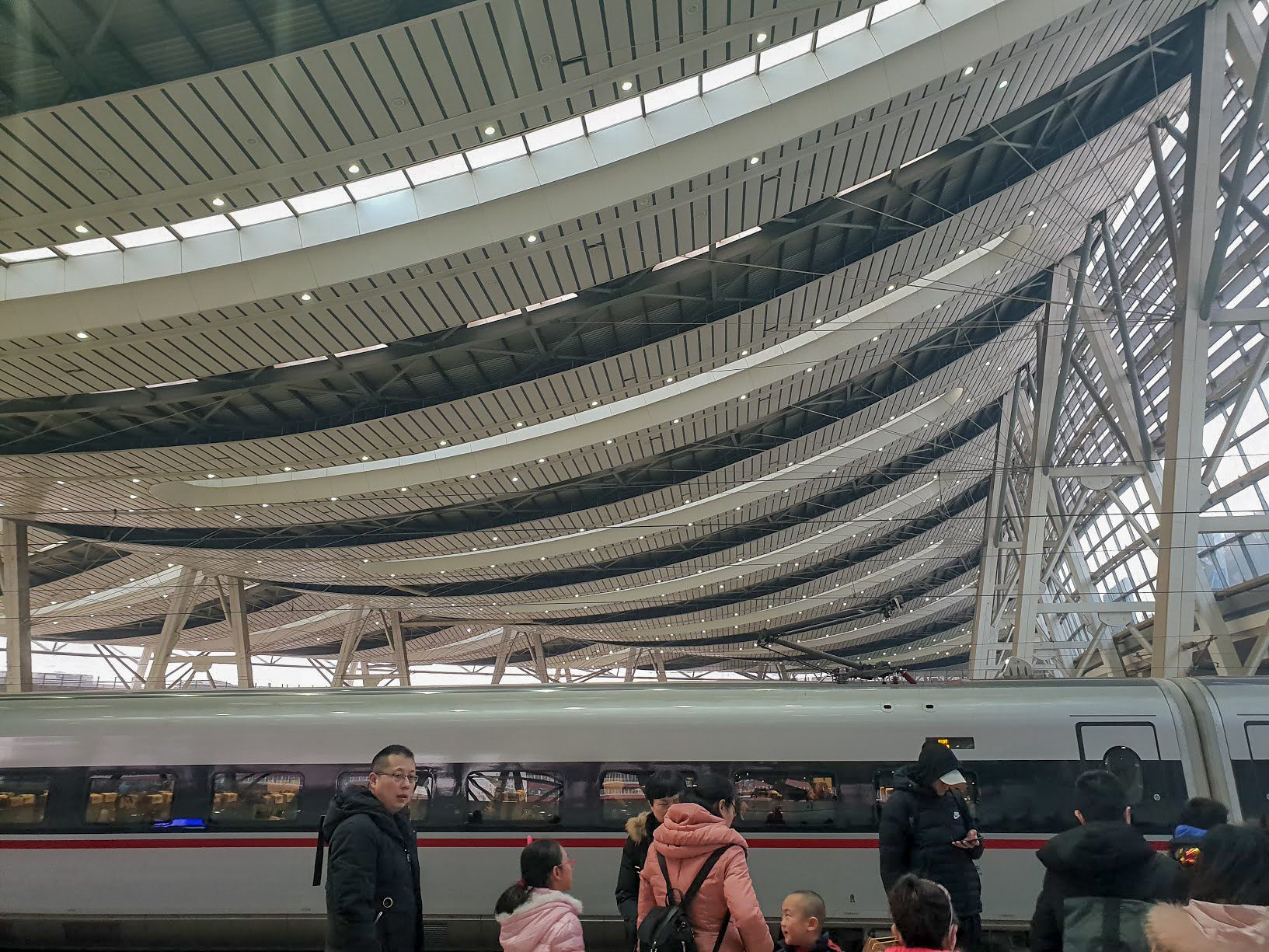 What would you do with just eight hours in China’s capital city? We went for the most famous Peking duck in the city before heading back to our hostel for a few hours sleep. The alarm was set for 01:15 (!) ready for our next train.