Travelling from Shanghai to St Petersburg by train has to come under the heading “bucket list travel”. The Trans-Siberian (or Trans-Manchurian in our case) is one of those travel experiences that is almost a rite of passage. Travelling from Beijing to Harbin by train was the second leg of our epic Trans-Siberian Travels…and a pretty ridiculous one at that. 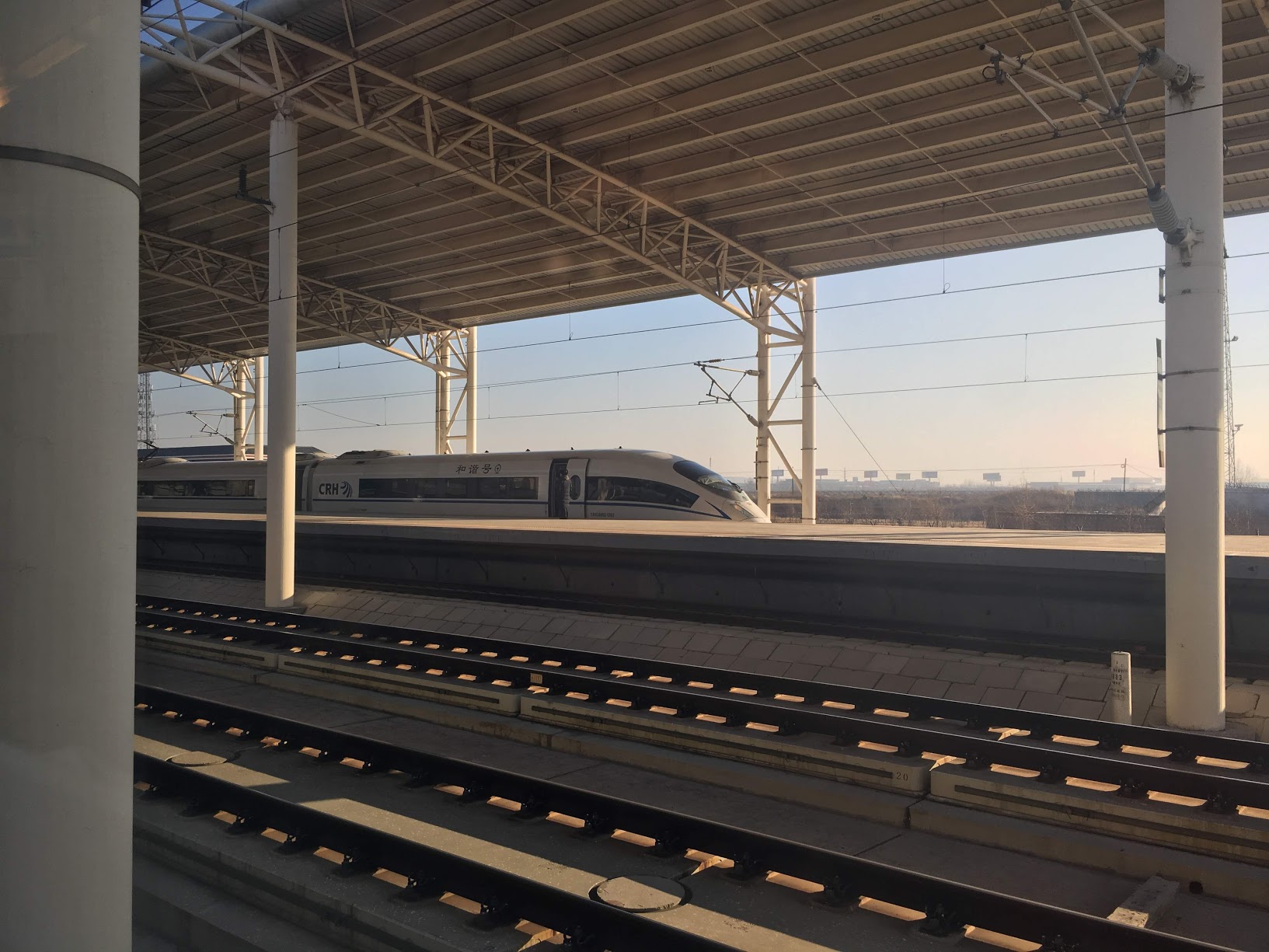 For years, I have seen pictures of Harbin’s gargantuan ice and snow festival. My desire to see it in person was actually the entire catalyst for this Trans-Siberian adventure. (Follow the link to read all about it!)

After a barely effective three hours of sleep, my phone alarm was a very unwelcome guest in our hostel room. Despite setting it myself for 01:30, I was still slightly in shock when my pillow started to vibrate and scream its dawn chorus.

We rolled out of our twin beds and dressed quickly. I threw on a basic face of makeup and we pulled on extra winter layers. It wasn’t completely freezing in Beijing but it was still January and the middle of the night so the mercury wasn’t very high.

It was just a ten-minute walk to Beijing’s main station from our hostel. It’s the main reason that we picked it in fact. The station was lit up like a Christmas tree and beckoned us in, promising a little respite from the night’s chill. 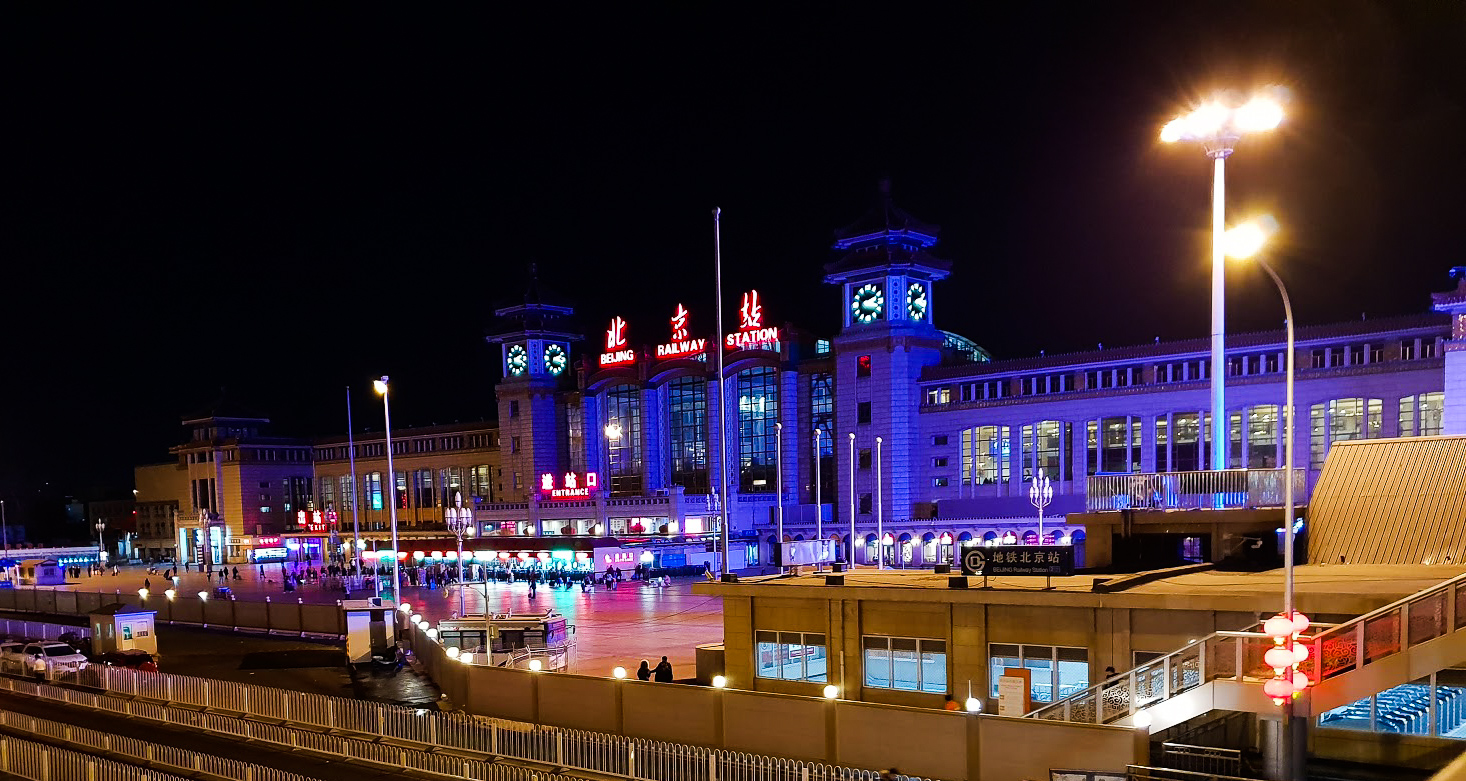 After passing through the queuing area outside, and getting our bag scanned, our eyes darted around the entrance to the station looking for an information board. 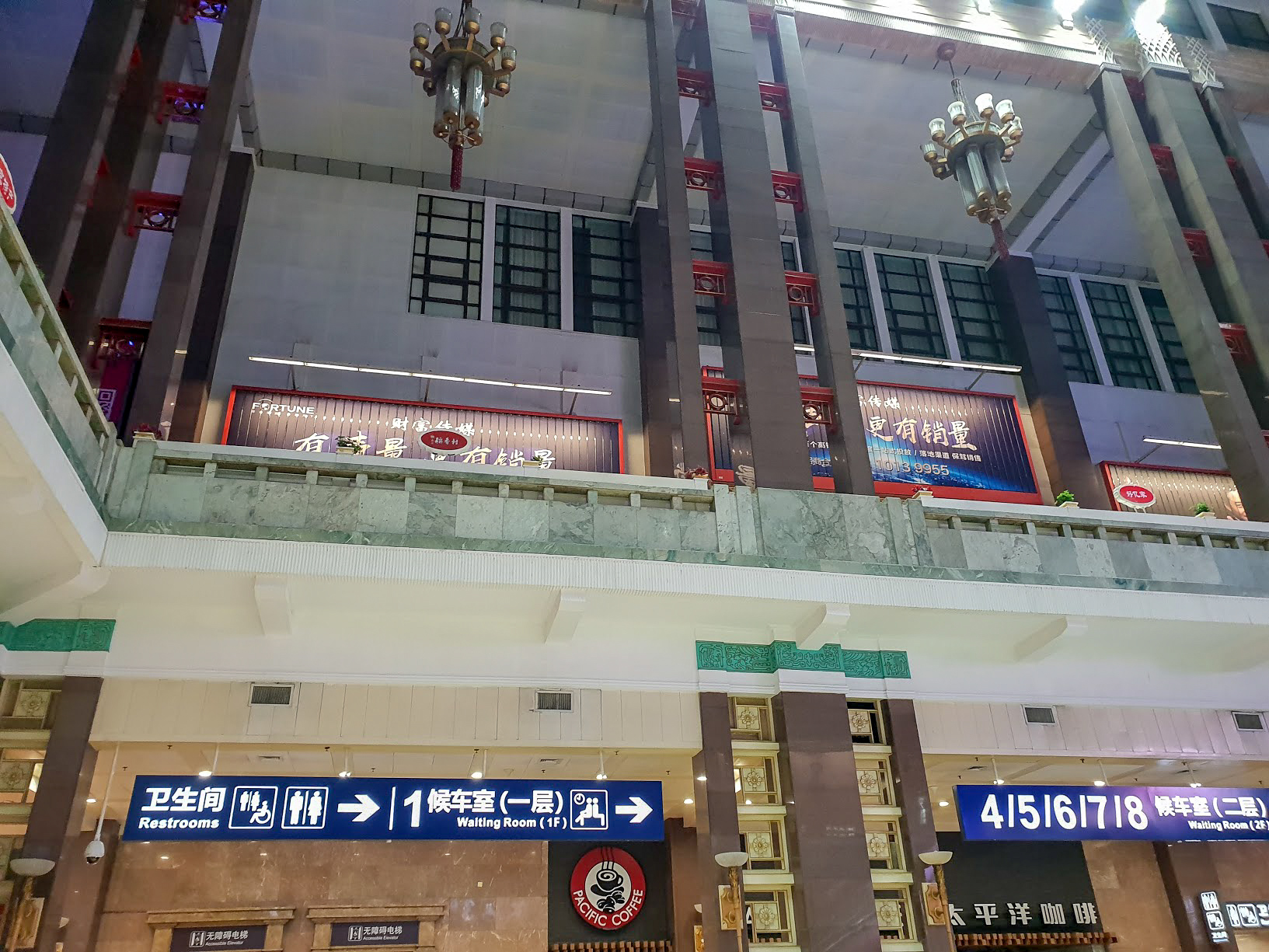 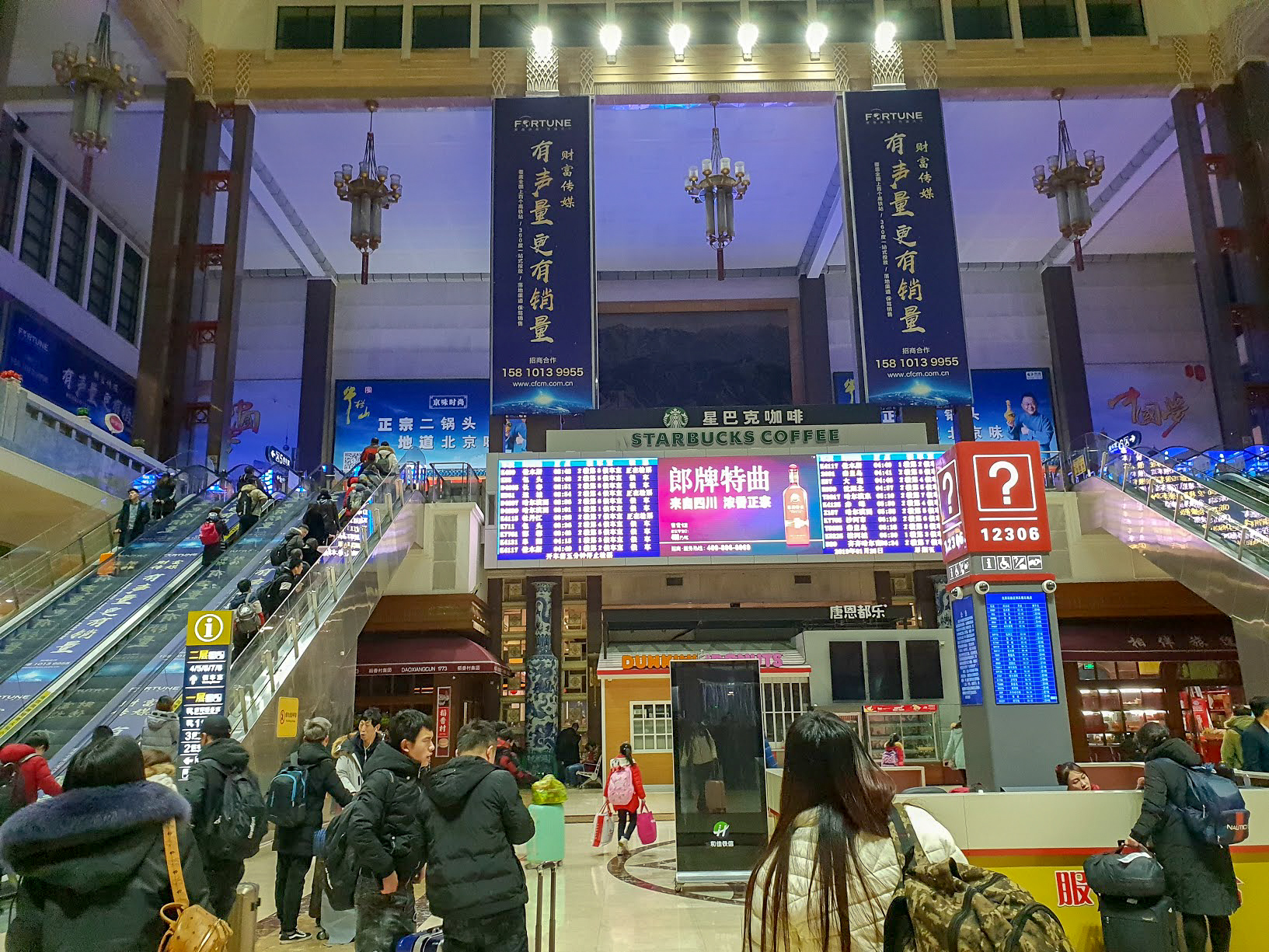 Once we spotted the right number, we began walking towards it but a series of train guards began shouting and waving us in the opposite direction. A wall of people waited patiently in the way. It took our sleep-deprived brains a minute to work out that this was a huge queue.

The Queue for the Train to Harbin

A line seven people across and at least twenty metres long emerged from a big set of doors. It curves away and out of sight beyond the opening. We thought we had been pretty early, arriving an hour before the train, but it seemed that many, many people had beaten us to the punch. There was a little conciliation in seeing people arriving after us and having the same horrible realisation as us (shaudenfreude) but it was still pretty disappointing. 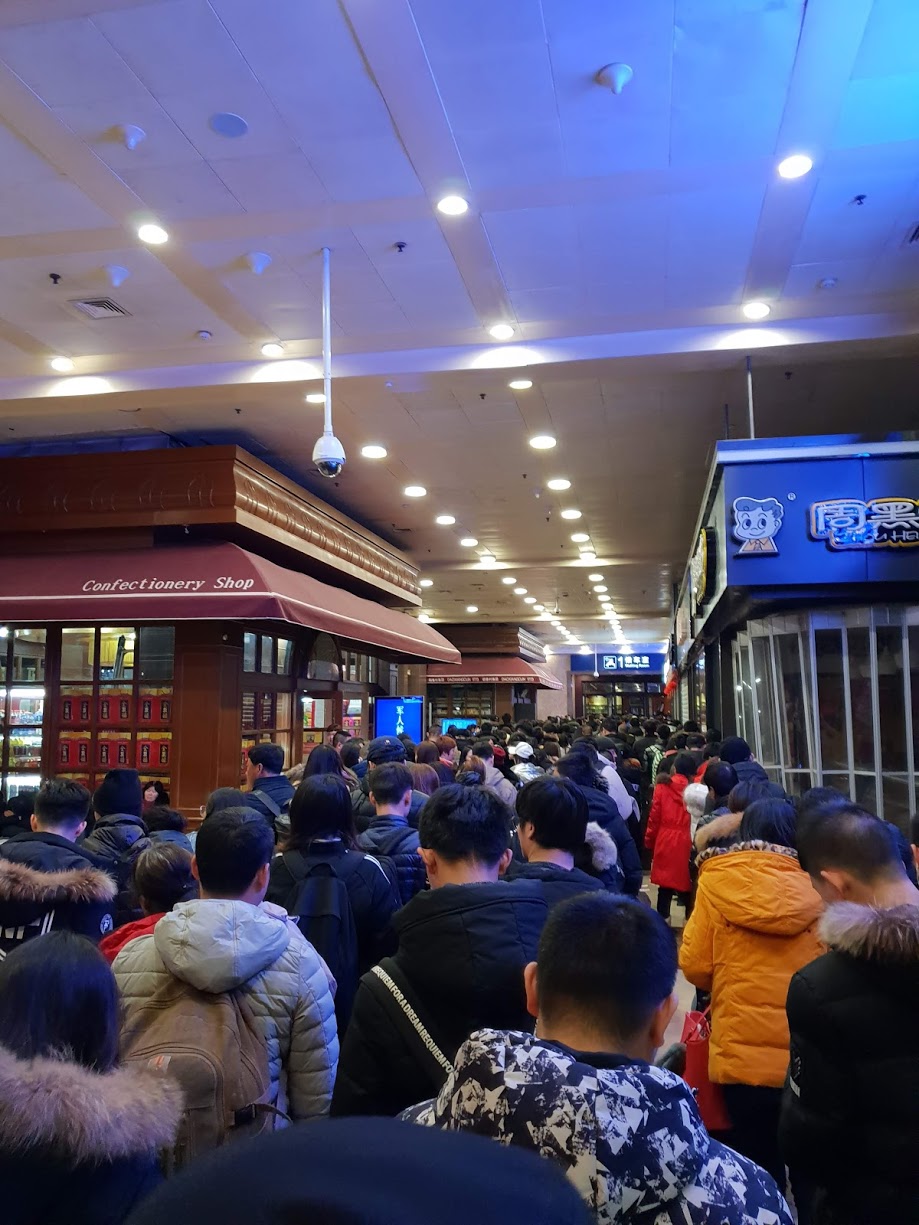 China is a constant challenge to our travelling egos. Just when we think we’ve got the hang of it, something sweeps the rug from beneath us…more of that to come.

On Board the Train from Shanghai to Harbin

The guards picked up their megaphones and started shouting instructions in Chinese. Not being totally up to par with Mandarin (knowing about three words) we just shuffled forward with everyone else.

By the time we reached our carriage, the whole thing was chockablock with laundry bags stuffed full to bursting, boxes, blankets and countless four-wheeled, full-size suitcases. There was nowhere to put our backpacks and so we had them in front of us, taking up our leg space. The next eight hours was an uneasy motif of dozing, shifting numb bum cheeks and catching snatches of sunrise. We never even snapped the carriage we sat in, as our minds couldn’t quite remember that we were planning to blog about it. 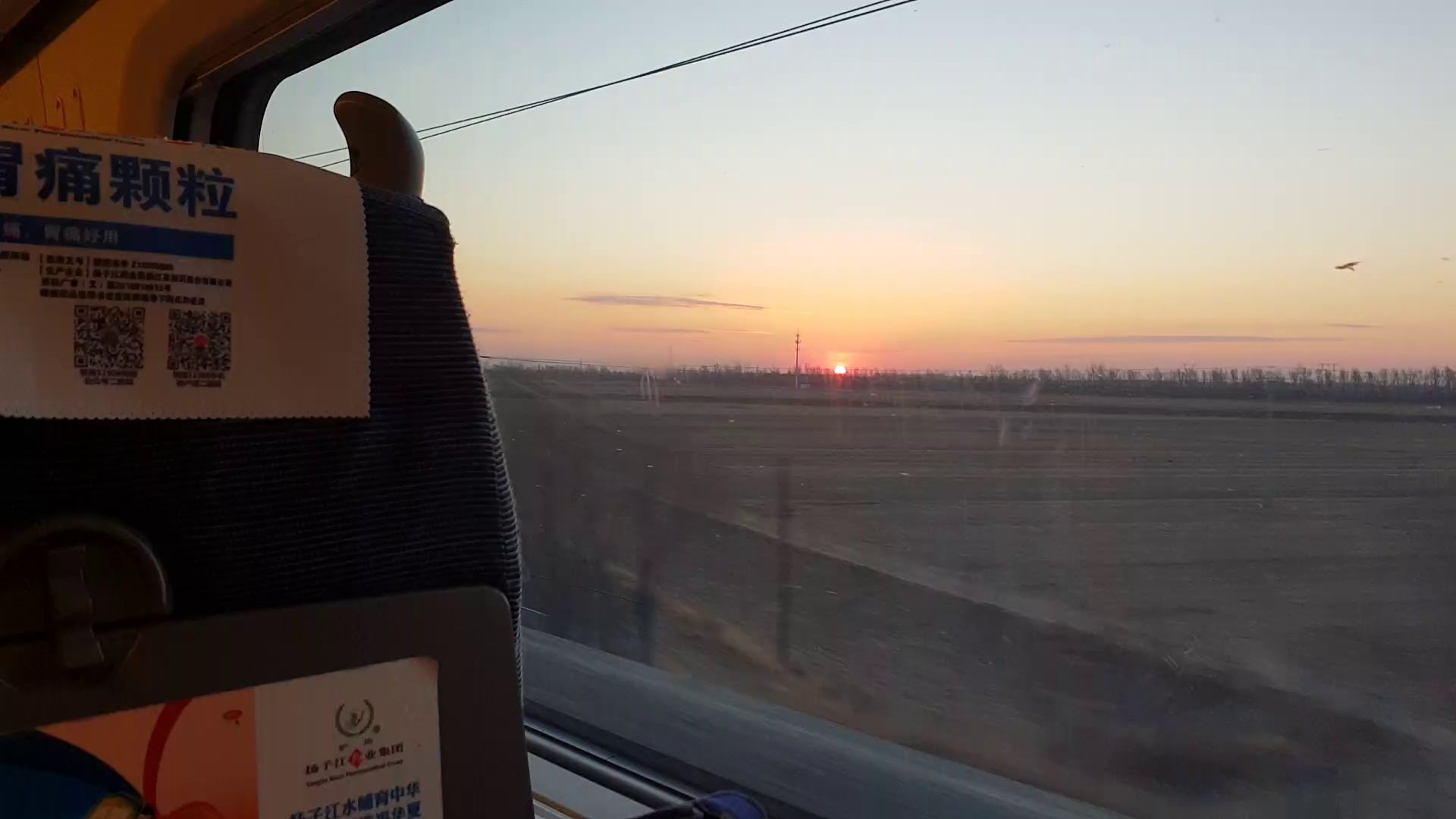 This was another lovely clean bullet train, but it was missing the snazzy attendants and safety videos of the Shanghai to Beijing route. Normally the seats are very comfortable and with plenty of legroom. There are tray tables for every seat and a nice clean bathroom at the end of each carriage. Perfect for a long day on the train.

The Next Stage of our Trans-Siberian Travels

We were due to spend two days in Harbin, before catching a train into Russia. Due to a very weird third day, we really fluffed up that important next leg. It is all rather humiliating, to be honest.

If you want to know why that went totally wrong, read the blog post all about our Trans-Siberian Epic Fail here.

Final Thoughts on Travelling from Beijing to Harbin by Train

This train was pretty comfortable and would have been considerably more so if we had gotten there much earlier. It was a little chilly on board but I was better wrapped up this time thanks to the wintery walk to the station.

When factoring getting to Beijing Capital International Airport (PEK), and then into Harbin from the airport, catching the bullet train takes around the same amount of time as flying. With the lack of liquid restrictions, lack of luggage charges and the lovely big legroom (normally), I think that for travelling between Beijing and Harbin by train is definitely the best option. Just be sure to book ahead if you are visiting for the festival and get to the station really very early!