Travelling from Perm to Moscow by train was technically the last leg of the official Trans-Siberian route. This was our final sleeper train, our final packet of dried noodles for dinner and it made total sense to end this huge adventure standing in the middle of Moscow’s Red Square….but we kept going after this. Before we get to that very last train, there are still 24 hours of slow train travel to enjoy.

Perm to Moscow by train was the most exciting stretch of our Trans-Siberian travels in terms of meeting new people. People were on and off more frequently than on other legs and more of them spoke English. I guess things are busier and more cosmopolitan on this side of the Urals. We were in Europe now!

Our first encounter was with a team of gymnasts. As they boarded, and got ready for bed, this new group of older teenage girls lept up and down from their bunks with ridiculous ease. I sat in chubby jealousy, having huffed myself onto my upper bunk a few minutes earlier.

The girl’s coach came to see that they were all settled in, and struck up conversation. He acted as interpreter for the giggling girls, but then began to expound on his time in the USA. He was very proud to have spent time in Philadelphia. Having never been (at the time) we just nodded along politely. We thought we may speak more but the girls disappeared silently in the very wee hours, around 03:00 I think.

The Boys in Uniform

A large group of teenage boys got on next, army cadets we believe. We sighed, expecting a night of disturbed sleep. If you put a big group of English lads on a train with cheap vodka, it would be pretty reasonable to expect some serious noise. They changed into comfortable clothes quickly, and were good as gold! Everyone went to bed and didn’t make too much noise in the morning either. So weird. 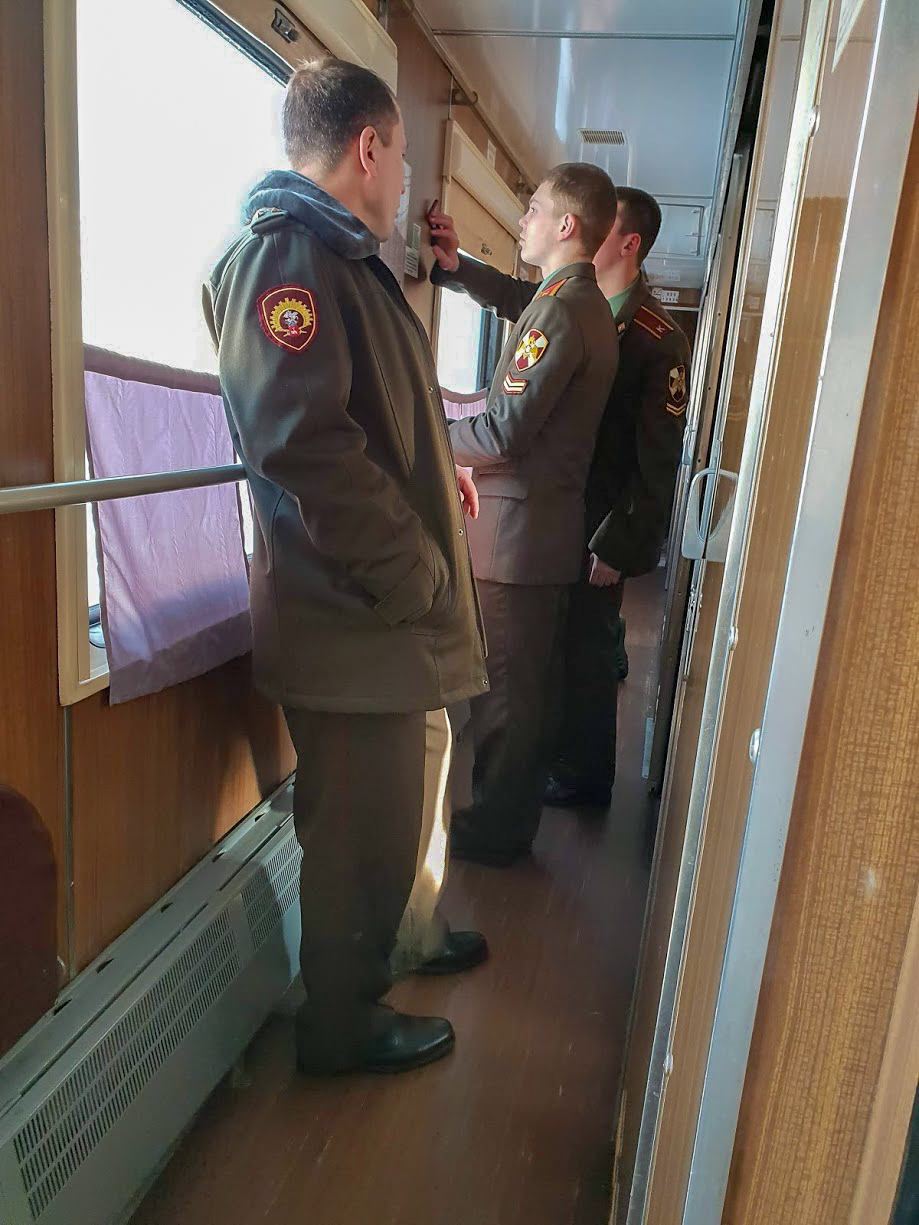 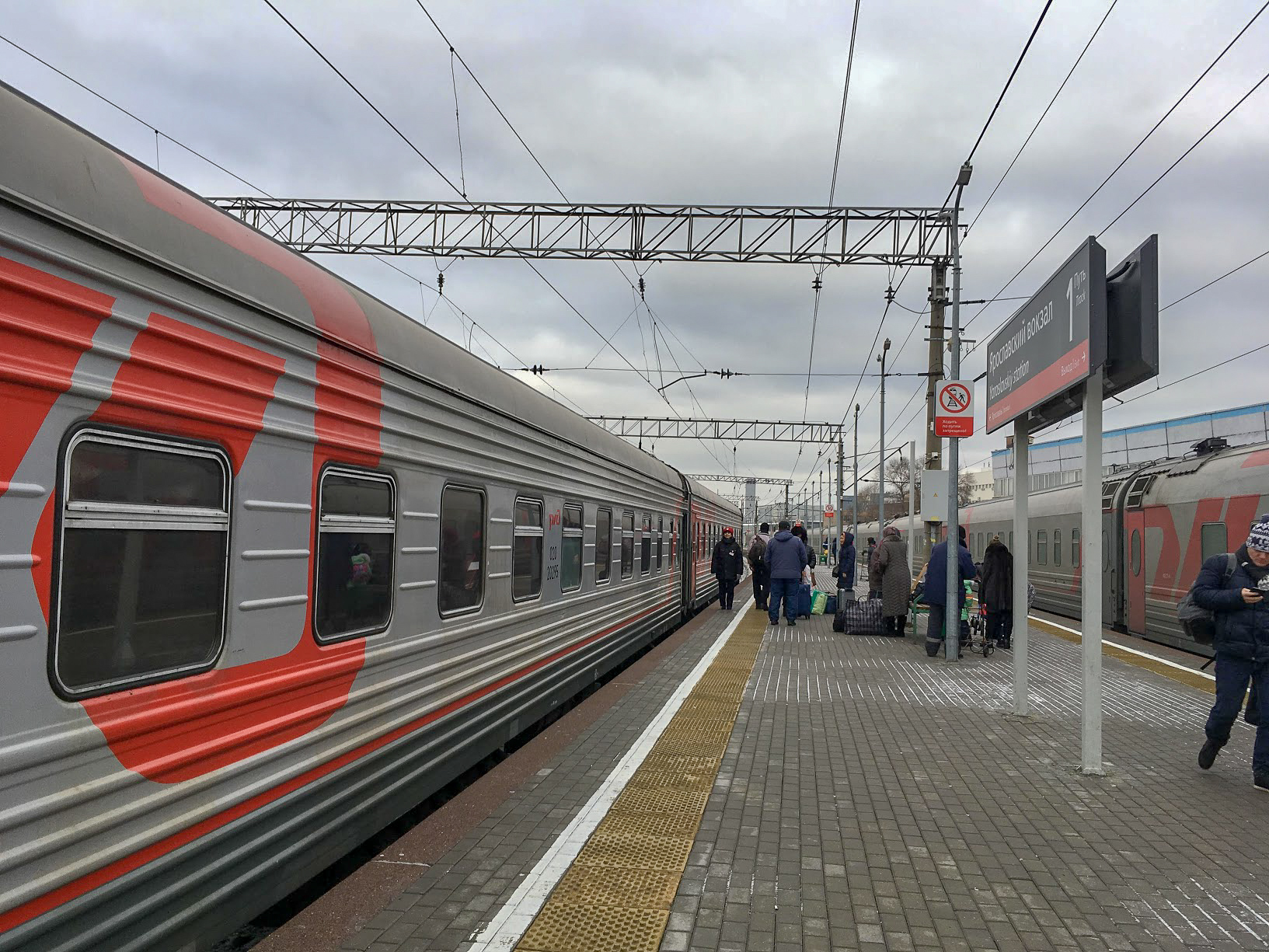 The problem with watching location-appropriate films, is that you start living them a little bit. Transsiberian is a semi-decent thriller film based along this famous route.

Film Spoilers: A tourist gets souvenirs stuffed with drugs placed in her luggage and bad times ensue.

Imagine our apprehension when the chap, who spoke great English and joined us shortly before Moscow, started pulling souvenirs out of his bag. We exchanged glances heavy with memories of Woody Harrelson trying to play an action hero and braced ourselves for some sort of fight. Were we about to become unwitting drug mules? Were we about to be talked into buying some tat? Thankfully, we didn’t suffer that fate….that we know of, but we did check our backpacks thoroughly when he went off to sell trinkets along the train and there were no Russian dolls to be found!

The trains along the Trans-Siberian had been lovely and warm. However, this particular train was heated to a temperature somewhere similar to the surface of the sun. OK, it was 24°C but we were roasting. The smallest clothes we had packed were our base layers and these were designed to be thermals! 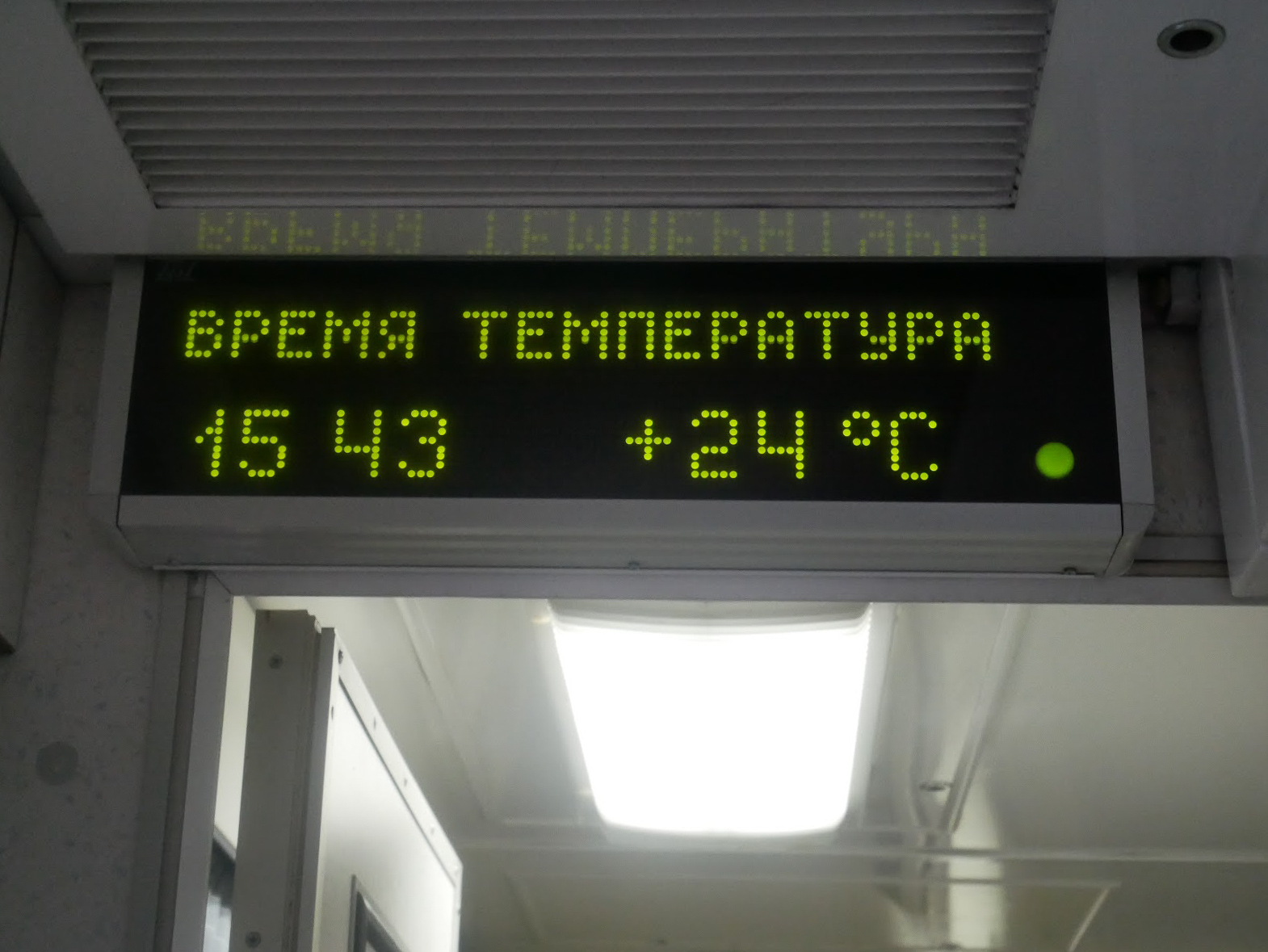 Sharing a cabin meant we couldn’t strip down to our undies and so we sat an stewed, heat coming in waves of unpleasantness. Going to the bathroom was even worse as I had to pull on my winter boots to tramp along the corridor.

Top Tip: Pack shorts and slip on shoes for the journey…and read our Trans-Siberian Packing List for more important tips!

Brief respite from this train-shaped oven came in the form of the vestibules. At the end of our carriage, the window was smashed and cold air poured in. This, mixed with the moisture pouring from everyone, coated this box in ice. Of course, it was so cold that you could only stand here for a matter of minutes before you would start to turn blue and you’d have to dive back into the sauna.

I was worried that subjecting my body to this rapid heating and cooling wasn’t good for it, so I chose to stay in the warm, detoxing whether I liked it or not. 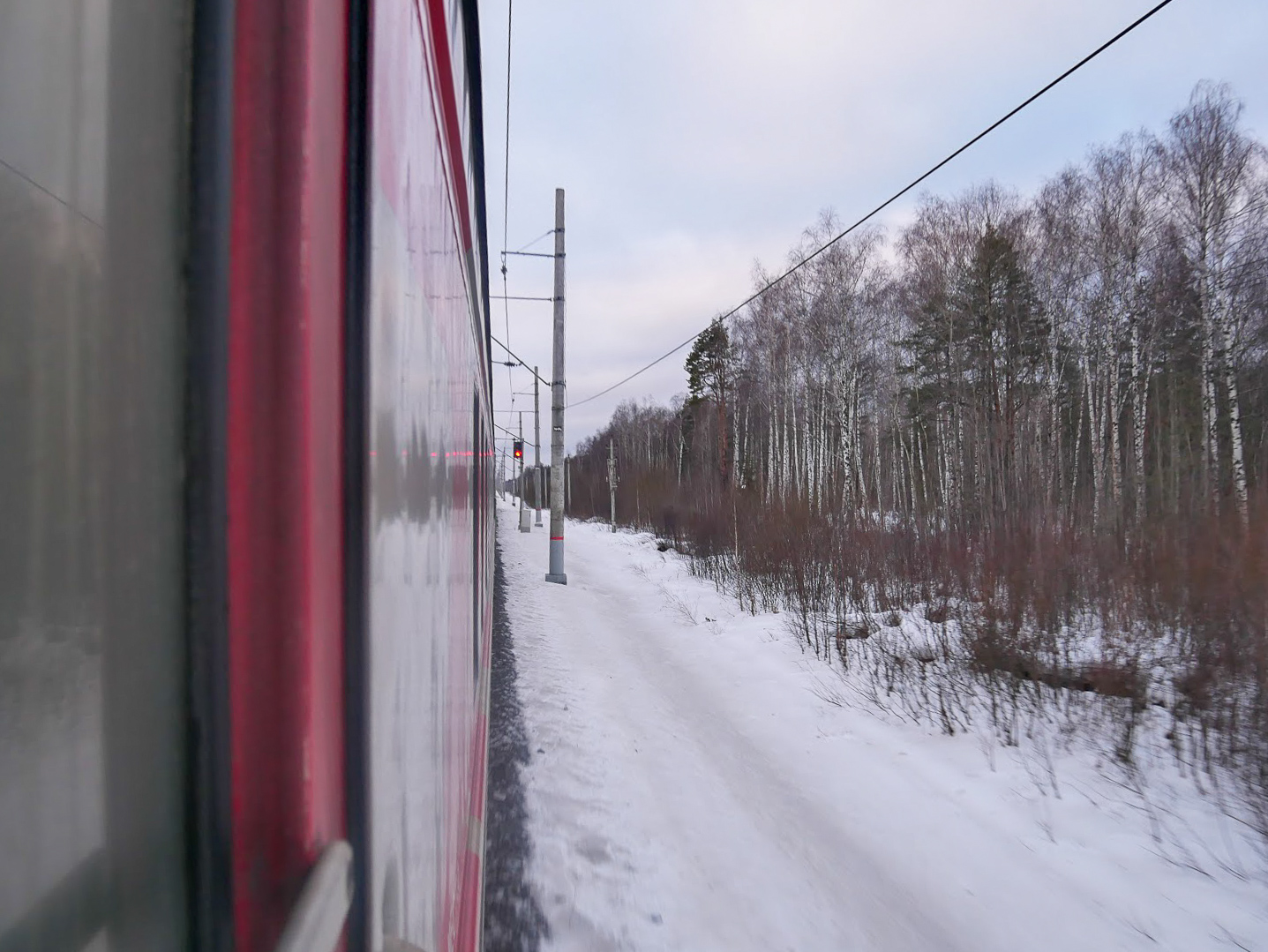 This was by far our fanciest train since departing Ulan Ude for Irkutsk and even as I sat and sweated, I got quite nostalgic for the journey. The cute little carpets, the friendly carriage attendants (provodniks), it was all, already taking on rose-tinted spectacles. I had to keep reminding myself that our other trains were considerably scruffier.

Final Thoughts on Travelling by Train from Perm to Moscow 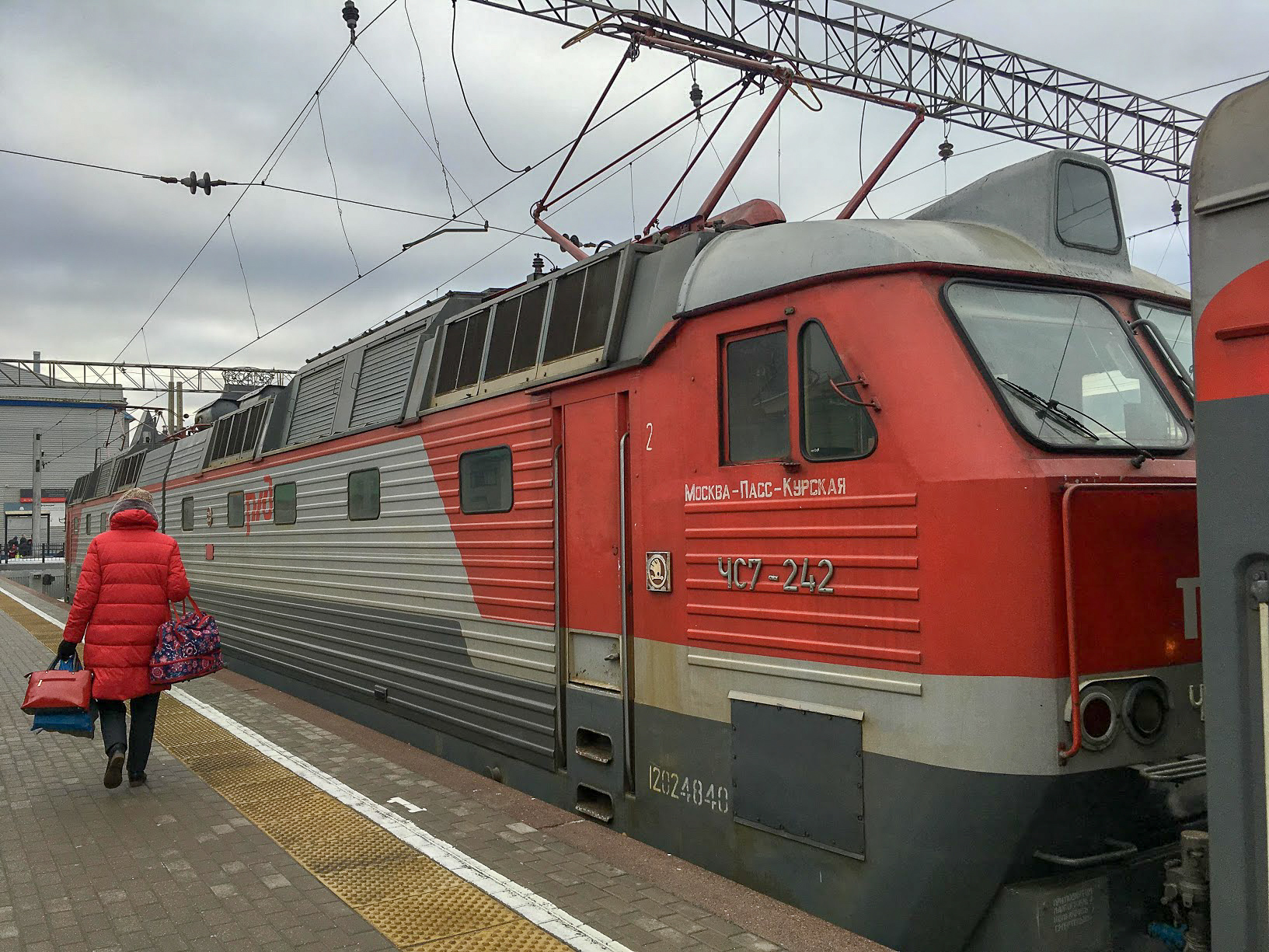 Most travellers start or finish their Trans-Siberian travel in Moscow. However, we couldn’t resist going just that little bit further. (Those Russian visas aren’t cheap so you have to make the most of them right)? For the final leg of our journey, we took the fast train onwards to St Petersburg. Stay tuned for the final instalment of Trans-Siberian Travels! 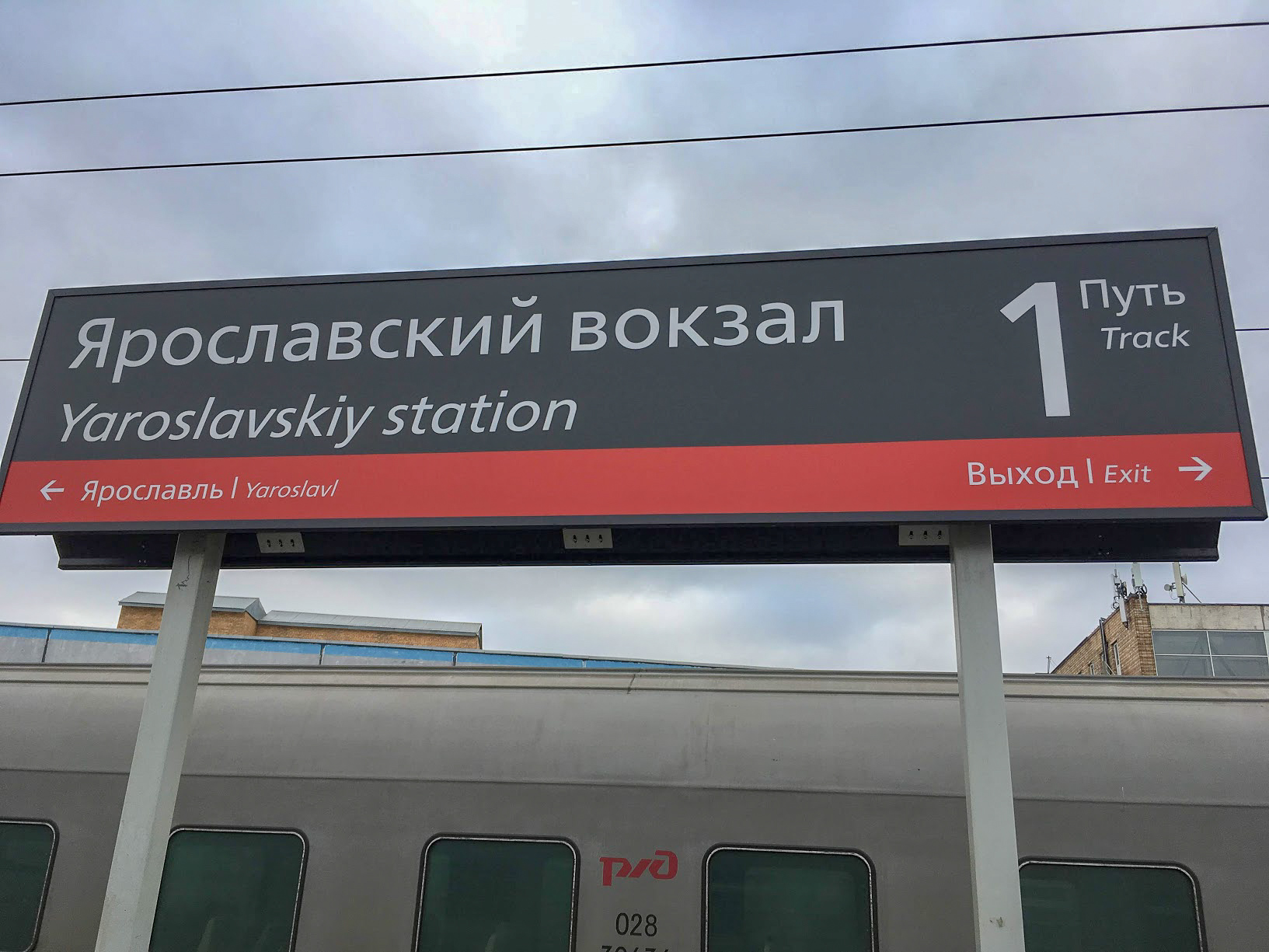